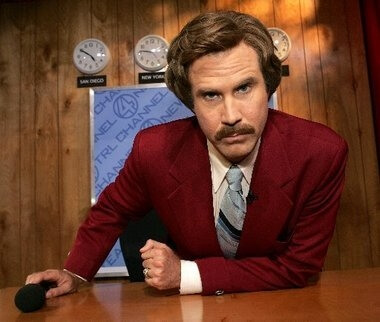 No News is Better Than Bad News

CBS ran a story this week with the headline “Giffords, Kelly Own Guns While Pushing Gun Control.” The headline refers to former-Congresswoman Gabrielle Giffords and her husband. You may remember Gabrielle Giffords as the congresswoman who got shot in the head two years ago and nearly died. There is an entire article following this story, but there’s really no need to read it: the entire thing is summed up in the headline.

Now, normally I would gripe about how this is just an exploitative way of getting page views. It’s cute, isn’t it? Just the right combination of surprising with a dash of reprobation. But today, I want to talk about something else. As I said, the headline sums up the entire story. What I meant to say was: this is not news.

There is no information whatsoever provided in this piece—Giffords has supported gun control and owned guns for years. Between the day before this story was written and the day it happened absolutely nothing changed or happened. So why is it jamming up my Google News feed?

Well, I think we all know why. This is the kind of piece you write when you have a deadline, you’ve been drinking and you just don’t have any news to cover. I should know, I’ve written them before—once I did a whole opinion column about a dream I had where I hung out with Jack Nicholson. The difference? I was a sophomore in college at the time, not a professional journalist who (believe it or not) actually gets paid money to inform the public.

This is symptomatic of a larger problem. Journalism has largely abandoned its duty to inform and educate. What we’re seeing today is lazy writers doing lazy stories. I don’t apply this to all journalists—I know some great ones—but those people to whom it does apply need to listen to one simple request: Please stop.

I understand that it’s not your fault. I understand that the 24-hour news cycle has created a demand for content that you cannot possibly meet. There isn’t necessarily always relevant news to report on. It happens. And we all understand that. But that is no excuse for writing pointless crap about celebrities, scaring people about North Korea (when you know that they’re just looking for attention, like a lonely, chubby puppy) and for thinking that any strung together sentences function as a news story.

Journalism has a responsibility. The fourth estate is meant to inform the public about issues that matter to them—things they need to know to be citizens. Senationalism, gossip, filler-stories and holograms are not news. You know how people say “get to the meat of the story?” Well all that other crap I jut mentioned is fat, and it’s choking the arteries of the news media. You know what might be fun to try? Let’s all take a minute and remember that there was a time when journalism actually mattered—there was a time when it served an important purpose and was taken seriously both by those who read it and those who report it. What if we tried doing the news well? Just a thought.

(And please, can TMZ stop being a thing?)

Photos from poynter.org and americanvision.org

Previous Post:Coachella 2013 Music Preview: Did YOU Get a Ticket?
Next Post:Why Can’t You Just Say Hi?