And so ends yet another wild regular season in the National Football League. As seems to be customary in the NFL, there are six teams that did not make the postseason last year vying for a Super Bowl title with six teams that did. Who will be this year’s champ? Let’s start by picking the Wild-card matchups.

The last time Houston won a game was Week 14 in Cincinnati by a score of 20-19, and I expect this go-around to be similar but with a larger margin of victory. Look for the Texans to rely heavily on their two-headed rushing attack of Arian Foster and Ben Tate. How the front seven of the Bengals handles the Texans’ zone-blocking scheme will be the key if Cincinnati wants to stay in the game. Conversely, a much-improved Texans defense under Wade Phillips will limit Dalton and Green.

New Orleans may have the best offense in all the NFL, and that includes Green Bay. You can credit this to the emergence of tight end Jimmy Graham. He is a matchup nightmare because he is faster than a linebacker and bigger than a cornerback. If the Lions defense can handle Graham and Darren Sproles, they may have a shot. But I think Detroit’s best shot lies in their pass rush. If they can knock down Drew Brees a few times and get in a shootout, anything can happen. I very well may regret this, but I am taking a feisty Lions squad on the road. 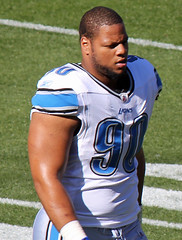 The Giants played what was essentially a playoff game last week against the Cowboys, and they now have the pleasure of welcoming Matt Ryan and his dynamic Falcons offense to MetLife Stadium. The quarterback-receiver tandems of Ryan and Roddy White and Eli Manning and Victor Cruz are as good as there are in the league, so that’s a wash. This contest will come down to the ground game, and I give the nod to Michael “The Burner” Turner in the closest game of Wild-card weekend. 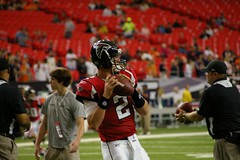 The past few weeks have proved that Tim Tebow is human after all, and this game will be no different. Simply put, the Steelers’ defense is just too strong. If the Broncos want a shot of winning this one, they need to contain LaMarr Woodley and James Harrison on the outside. I think that the Broncos’ defense will hold Ben Roethlisberger and the Steelers under 20 points, but I don’t think they’ll score enough to make this a contest. Even without running back Rashard Mendenhall, Pittsburgh will pull this one out. 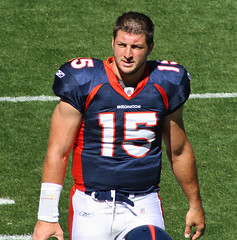 Previous Post:Is the Presidential Race a Kardashian Wedding?
Next Post:The Best Looks From The Year In Film