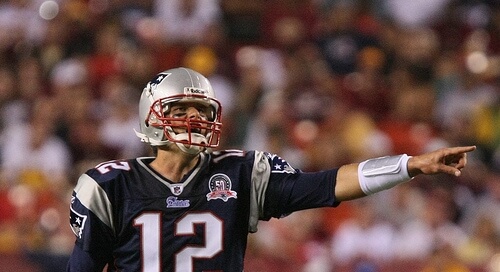 The Packers won in a shootout (as I predicted), the Ravens beat the Steelers (but not in the manner that I expected) and we learned that we are going to have to break up the Bills (dream team anyone)?

Such was the crazy first week of the NFL season, and now that every team shook off the rust, it is time to get to my week two picks after going 4-0 last week.

In the most intriguing matchup of week one losers, the Colts, who were absolutely dismantled against the Texans, take on a Browns team who expected to get an easy first win against the lowly Bengals. Needless to say, it didn’t happen as they planned. This game is going to come down to quarterback play. Can Kerry Collins bounce back against a very average defense? I say no.

This week two showdown between NFC opponents seems like a fairly evenly matched game, and I think the score will reflect this. Josh Freeman is a budding star with the prototypical quarterback build, but I think his second-year running back LeGarrette Blount outperforms AP and leads his squad to a victory.

After losing in the season opening shootout (did I mention that I predicted that correctly?), the Saints look for their first win of the season against a Bears team who dominated the popular Super Bowl pick Falcons on both sides of the ball. The Saints are too good of a team to lose their first two games of the year, and Brees will refuse to let that happen. Who dat is back.

517 yards. Yeah, that’s a lot. Brady continues his dominance by throwing for a measly 390 in this game, and wins the quarterback duel with Rivers.

Do not let week one’s results fool you. The Falcons are still a very good football team and, frankly, the Eagles are overrated. Sure, Philly has a dream secondary, but am I the only one that realizes that they cannot stop the run? The first time Steven Jackson touched the ball last week he went 50 yards to the house, and the game would have been closer if he did not get hurt on that play. Look for Michael “The Burner” Turner to run for 150 plus, and for the “Dirty Bird” to make a comeback in a low scoring affair.

Previous Post:Sarah Palin and Former NBA Player Glen Rice Hooked Up, Allegedly of Course
Next Post:Playing “Innocent” with the Ex