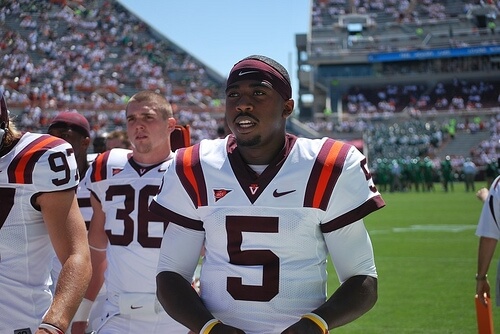 The first installment in a three-part series looking at rookie quarterbacks in the NFL and where they stand on their current teams. In part one we look at:

Tom Brady is on pace for 7,500 passing yards and 56 touchdowns. That is all. Really though, unless someone decides to put a Mo Lewis hit on Brady this season, Mallett will ride the pine for all of 2011 and the next few seasons. Then again, even if Brady does go down, Brian Hoyer–a two year backup for New England–would get the nod before Mallett did. Mallett would need Brady and Hoyer to go down to even hope to start in the next few seasons.

Matt Schaub has averaged 4,570 passing yards and 26 touchdowns in the last two years. This season he leads the NFL in completion percentage, connecting on 71 percent of his throws. Schaub’s backup is Matt Leinart, who played exactly zero snaps in 2010. You get the picture. Unless some freak accident befalls both Schaub and Leinart, Yates won’t see the field in 2011 or the next few seasons.

McElroy won’t make the playoffs at all this season even if the Jets do, because he’s on IR with an injured thumb. When he gets back, he’ll be at least two-deep in the depth chart. 41-years young Mark Brunell is on a one-year deal and likely done after this season. Behind Brunell is Kevin O’Connell, who was New York’s third quarterback in 2009 and 2011 and on IR with the team in 2010. Above both of them is Mark Sanchez. McElroy won’t see the field anytime soon, even if he is healthy.

Once Pryor returns from his suspension, he’ll sit at third on the depth chart behind starter Jason Campbell and backup Kyle Boller. Pryor will stay there, at least for the next few seasons. Remember, he didn’t enter the actual draft because Pryor was considered too raw to be a top pick and start right away. Campbell’s been a solid starter for the Raiders this season, throwing for 428 yards and three touchdowns; Oakland won’t shake up the roster and put Pryor in over Campbell or Boller unless Campbell absolutely tanks it this season, and that’s highly unlikely.

Taylor’s in a slightly better predicament than the first four quarterbacks on this list, in the sense that he’s the backup for Joe Flacco. Unfortunately, therein lies the problem: he’s the backup for Joe Flacco, who’s started all 50 games in his career. Flacco doesn’t get injured, meaning Taylor is destined to play mo pup minutes in blowouts or on wildcat sets to capitalize on his mobility, likely for as long as he is a Raven.

Previous Post:NFL Week Three Preview
Next Post:From the Senior: Dealing With Your Roommate