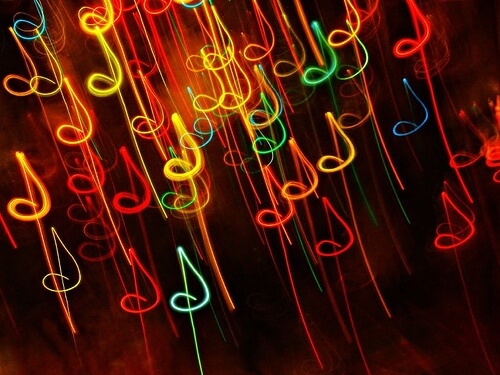 Over the years, various musicians have released songs that reference this great land of ours: “American Girl” (Tom Petty), “Born in the USA” (Bruce Springsteen) and more recently, “Party in the USA” (Miley Cyrus). But do musicians mention other cultures in their works? In what ways? Listen to my international playlist as I try to find out.

While Amos isn’t really talking about the eastern nation of censorship and population control, she does use a Great Wall metaphor to explain the heartbreaking feeling that comes when your significant other grows distant. We feel you, Tori.

Though I don’t love this melody, U2’s lyrics are always brilliantly profound. They transport you to another world and a different perspective.

Part of the Hope for Haiti album fundraiser, “Stranded” represents Bono’s newest venture into charitable music, this time teaming up with two of the biggest names in mainstream music to help out after the disastrous Haiti earthquake.

I’m a huge fan of The Lonely Island, and I cannot wait until they make this video. “We’re three cool white friends in Japan; we’ve never been to Japan so we wrote a song about the three of us in Japan, and our label has to pay for it.” YES.

Literally the identical message as Amos’ “China.” But The National has a great sound, and you can never have too many songs about the pitfalls of love, right?

There are very few classic crooners still out there (check out Track #3 on my Summer Indie Playlist to hear my new favorite in that department), and Peter Allen displays a simple but powerful sense of nostalgia that tugs at the heartstrings.

Sadly, Grooveshark doesn’t seem to be able to play real Beatles songs but an international playlist would not be complete without the group that changed history, so I advise you to look up the original version on iTunes or YouTube. This is an adorable little ditty in true Beatles form.

Utterly satirical and a little ridiculous, “Queen of Denmark” ‘s only reference to Denmark is the last line: “Who knows, maybe you’ll be the next queen of Denmark.” But isn’t that how a lot of alternative music has evolved? Enough with the random titles that have absolutely nothing to do with the song. Mini-rant over.

A ‘70s oldie, “Song of Bangladesh” is the epitome of songs that mention countries: an anthem raising awareness of the horrible conditions in said country. Sad but at least it’s using the power of celebrity to change the world. You go, third world.

Listen to our playlist here:

Previous Post:Music mixes by fictional characters
Next Post:Out of the Closet and Into the World