“But New York University has no campus, how will you make friends?”

I heard it all the time, yet I felt never too worried. Maybe I should have been.

Coming from New Jersey, I went to New York City many times throughout my life. Like many children who knew every word to the Rent soundtrack, I fell in love with it. I loved every trip my family took to the city.

Then, my older sister decided to go to college in the Bronx. I visited frequently and grew jealous of her city college experience. I knew that I wanted to follow in her footsteps, but not too closely. I wanted a different kind of city college life.

When applying to school, NYU’s lack of campus never concerned me. I found it exciting, thinking I could truly feel like a New Yorker. I would blend in the swarms of people traveling by foot to class, work or whatever.

I was going to New York University.

Friends and family congratulated me and assured me of the high status of the college I would attend. I went to Accepted Students Day. I picked my classes and bought my dorm décor. Finally, I moved in.

My first week at NYU I went to as many activities as I could. I was determined to find my people and my place and my interests at NYU.

I fantasized of falling in love with a club or organization and finding six of seven like-minded, yet unique faces to call my friend group. I could stage the Instagram pictures I’d surely post. I invented the stories I would tell my friends at home of wild New York nights.

But something weird happened. Weeks and weeks went by and I had nothing to show of my firsts at college. I didn’t find new friends to introduce to my old ones. I didn’t share wild stories over text.

Instead I could only share facts from all the new television shows I binge-watched on nights I spent in my dorm, oblivious to the wonders of the city outside my window.

Groups of people around me somehow already found their groups of people, making me feel even worse. Countless seminars and events I attended told me how to get involved at NYU.

None of them told me how to make friends.

I needed a class on how to reach out to people on my floor or in my classes and somehow convince them to spend time with me outside my dorm room. I allotted hours walking on the busy streets of New York and somehow felt lonelier. I felt every emotion people warned I would feel when I committed to a very large city school with no campus.

I would call my mom over in New Jersey every day and tell her of the few things I did. I could not help but upset her when she called on a Friday evening and found out that I made no plans that night, yet again.

This led to me traveling home several weekends of my first semester. I kept returning to the town where I would pray and crave to leave and move to the city. Everything seemed wrong and reversed like I made a wrong decision.

I considered transferring, but I really enjoyed my classes and living in the heart of New York City. I knew I would not experience this at any other college.

Selfishly, I did not want to abandon the status that comes with saying I attend NYU. I liked that I was making my situation work, even though I felt miserable most days.

I reached out to my sister and friends who lived close by at other city schools. No one seemed worried about me. I made a lot of friends in high school, and served as treasurer of student council and started a club.

Everyone I turned to for advice told me that making friends and establishing a new home takes time. But, they always assured me that it would happen eventually. They knew that I would succeed.

They weren’t worried—but I was. I worried I would never find community at NYU, eventually transferring and starting over. But my stubbornness and love for the city I felt blessed enough to live in pushed me to finish out my first semester.

Nothing changed in my situation as I drove home for Winter Break. I still thought I made no real friends or sense of community at NYU. The major only difference was that I signed up to go on a service trip to Clarkston, Georgia for Spring Break. At least I could look forward to something.

Community came slowly, but I found it. Now a sophomore, I feel so happy that I remained at NYU. I made friends I can count on and joined organizations. I do not think that NYU could do more to facilitate my friend making process.

I learned that for some people it takes more time. It is harder to meet people in a school of 50,000 undergraduates with no centralized campus in a city that always moves.

I could have transferred. But I don’t regret my decision to stay. There’s no one right way to be in college. Sometimes you go through a very lonely first semester to then find your place in January. 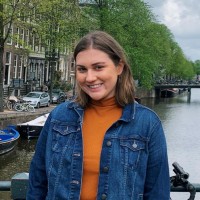 Coffee: the Caffeination of College and How to Conquer It
Next Post: 10 Cheap Things All NYC Students Must Do