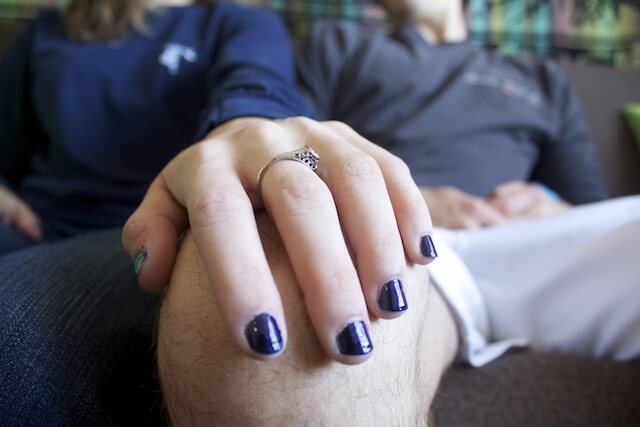 It isn’t rare for platonic friendships to suddenly get a little… electric. In a study by Linda A. Sapadin in the Journal of Social and Personal Relationships, 62 percent of those surveyed felt sexual tension in their cross-sex friendships. A quick look to our generation’s favorite research tool (TV), shows the many possibilities once a platonic relationship is complicated by feelings:

Granted, this scenario can suck, but getting your feelings out there and knowing you’ve been heard might be worth it. “I think communication is the best tool,” said Logan McConnell, a sophomore at the University of Cincinnati, of how to handle new emotions in a previously platonic friendship. He added, “but know that once feelings are exposed it could ruin the friendship.”

Best-case scenario from a sticky friendship situation is that both parties are interested and everyone lives happily ever after.

Gilmore Girls’ Luke and Lorelei, Friends’ Monica and Chandler and How I Met Your Mother’s Barney and Robin are all classic examples of this phenomenon and it’s truly like living the dream.

If this is you, stop reading this article and go continue making the rest of us jealous with your fabulous life.

This just might be the most unsatisfying of the three.

Alex Karev and Meredith Grey (Grey’s Anatomy) have had their troubles, including the recent plot line in which he almost destroyed her entire career. But despite all that, and despite the advances that Alex made towards Meredith way back in Season 1 that created some truly electric sexual tension, they remain platonic friends.

These situations are tough to manage and they don’t always go so smoothly. Still,platonic friendships can definitely work, but it's important to set boundaries early, be clear about your intentions and be honest with yourself and the other person. Being friends with members of the opposite sex can open your eyes to new perspectives and experiences.

“It's still a bit tricky,” said Kara Plotkin*, a sophomore at Yale University, of trying to stay friends with a guy who expressed interest in her. “We have kind of a flirty relationship, so sometimes I feel like I'm leading him on. But since I've told him where I stand, I don't feel too guilty.”

Previous Post:How to Stay Awake, The Healthy Way
Next Post:No Need To Freeze On Halloween