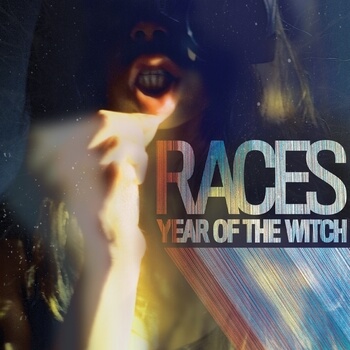 Renee KlahrJan 30, 2012
Home » Latest Posts » RACES is lapping its indie band competitor
FacebookTweet
It’s not often that an impromptu concert held by six strangers will lead to the formation of a band. Even less likely than that is the notion that this band will garner enough success to make a career out of it.
As improbable as these scenarios may sound, they are possible. Proof? Meet the newest indie-pop band to hit the scene, RACES.
Back in 2009 the sextet, who were only meant to play a single show together, decided that their unconventional beginnings wouldn’t be enough to let them squander the talent they had clearly unearthed. After performing together for some time, bandmates Wade Ryff, Garth Herberg, Devon Lee, Breanna Wood, Oliver Hild and Lucas Ventura ditched their original name Black Jesus in favor of a less controversial one, and RACES seemed poised to excel.

The group from Los Angeles recently signed with Frenchkiss Records and will debut their effervescent indie ballads, complete with catchy beats and perfectly synthesized harmonies, this March in an album entitled Year of the Witch. Despite recent recognition on the blogospheres of their sound, RACES is modest in the face of such flattery.
“I don't think we are doing anything extremely unique,” Ryff said. “We’re using all the same elements that every other band is using.”
Everything else is a learning process.
“Songwriting is pretty new for me,"  Ryff said. "And I’m still trying to understand my process in terms of what works and what doesn't. We aren't trying for anything, although I do prefer having consistency in terms of the sound.“
Consistency in sound is particularly important for RACES’ general demographic. But even as their success within the indie market settles in, the band members of RACES still have much to learn about their hipster fan base.
“There's no doubt that there's a certain style that accompanies indie music, and regarding clothes I’d say we are mellow on the hipster scale,” Wood said.
Even Ryff, who acknowledges their hipster influences, finds aspects of the culture odd, like how often people confuse the desire to be “unique” with shameless tactics to seem different.
“At this point in music, I think it's really hard to do something truly unique without being weird for the sake of being weird,” added Ryff.
The pressure to be unique is something the group has all felt on varying levels throughout their journey, but they insist that relinquishing their core values to fit a mold is not the way to deal with it.

Find schools
For now the band is content with soaking in all the excitement that comes along with one’s first tour.
“It's really cool to come to a city that you've never played and play to people who have never heard your music,” Ryff said. “There's usually a few in the crowd that truly end up getting reeled in to the music and want to get to know us after the show. It makes it all worth it.”
Even for new band that has barely made a dent in its tour schedule, tour life has already shown its crazy side.
“A weird moment presented itself the other night when this couple was trying to procreate during our set,” Wood revealed. “It got pretty intense, and our music isn't even that seductive!”
Still, shock value aside, all the members of RACES are starting to realize that it’s the small things on tour, like those enthusiastic attendees, that make all the performance that much more memorable.
“At least they were having a good time,” Wood joked. “We just hope that when the time comes, they don’t come asking for child support.”
FacebookTweet
Life

Previous Post:CM’s Top 10 Schools For Quidditch
Next Post:Your Professors Have Lives Too