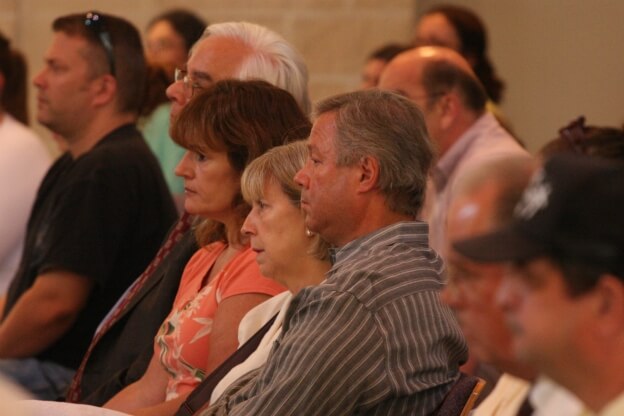 Lauren Spierer: It Could Happen To You

Dana AndreoliOct 14, 2011
Home » Latest Posts » Lauren Spierer: It Could Happen To You
FacebookTweet

The June 3, 2011 disappearance of 20-year-old Indiana University student Lauren Spierer triggered nationwide concern for the safety of young women on college campuses.  She’s the face of a daughter, sister, or friend and the victim of an entirely preventable situation that hits far too close to home.

After over four months of organized search parties, dead end leads, and the silence of those who last saw her, the Spierer family organized a Shine 4 Lauren concert on September 22, 2011.  A sea of supporters adorned in blue from the Bloomington community and student body led a walk to Dunn Meadow to commemorate Lauren’s life and the continuing search for justice.  The overcast sky and chilly downpour could not dull the warmth and light emanating from the crowd.

According to the IUPD, three rapes were reported on the IU campus between August 15 and October 1, 2011 compared to just two in 2010, zero in 2009, and a total of three in the 2008 school year.  Despite the sharp increase at the beginning of the fall semester, rapes remain the most under-reported form of sexual assault with only one in four sex crime cases resulting in rape with a 62 percent conviction rate, according to a 2011 Chicago Tribune report.

Recent data on campus assaults and the outreach of Lauren’s disappearance sent an alarming signal to parents and students: this could happen to you.  The Spierer family encourages students to exercise greater precautions on their web site: “911–think about it. Three numbers could make all the difference in the world to you, to a friend, to an acquaintance.”

Personal safety may be as simple as an iPhone app called Silent Bodyguard.  Since its launch in May 2010, the app has reemerged as a popular tool to promote campus safety with the tap of a finger.  Available for $10 on the ITunes app store, it may be well worth the price to save your own life.

Silent Bodyguard is both a panic button and location tracker that sends a silent alert message with your location to your pre-set emergency contacts without notifying the attacker.  Your location is sent through an uninterrupted private server with GPS coordinates; however, you must be within cellphone coverage or using Wi-Fi for the app to work.

Although a sexual crime was not confirmed in the case of Lauren Spierer, under-age alcohol abuse on campus also plays a major role in student safety.  Indiana University signed the Proactive Alcohol Care and Treatment policy stating that the individual(s) calling for help, student organization, or the individual in need of medical attention will not face disciplinary charges by the university.

Hundreds of schools throughout the nation have enacted similar policies to eliminate the fear of making a phone call for someone in need.  Whether confronted with sexual assault or an alcohol-related emergency, students should act immediately and responsibly but most importantly make the call for help.

Previous Post:Top 10 College Football Rivalries
Next Post:From the Senior: How to Survive Your First Midterms