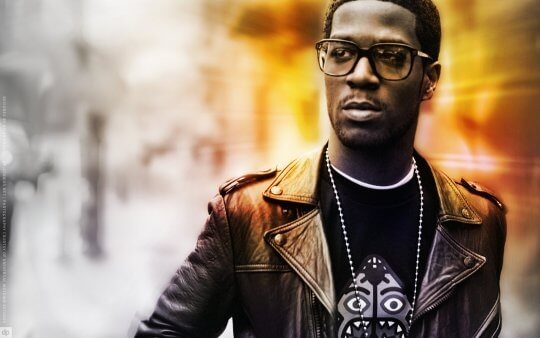 Missa SangiminoMar 14, 2012
Home » Latest Posts » Kid Cudiâs WZRD Tops Charts
FacebookTweet
Everyone’s heard of Scott Mescudi, but who is this Dot da Genius who convinced Kid Cudi to ditch his primary name and pair up? This new duo, self-christened WZRD, released their first album (also called WZRD… creative) last Tuesday.
As it turns out, the critics haven’t been gassing; listeners love the new album and all the publicity that has come along with its release. Lucky for him, and all those who have been rising to WZRD’s defense, the album is fairly ballin’. “No one has any idea who Dot da Genius is,” laughs Dayton student Connor Balen. “But the album will probably put him on the radar.”
The songs are reminiscent of the characteristic Kid Cudi eeriness but also amalgamate a more instrumental sound. The first track on the album, “The Arrival”, is wordless and features heavy guitar with a lot of metal reverberations. The rest of the tracks maintain the familiar base volume, but also bring a more vocally percussive and hazy-feeling cadence to the record.

Possibly the best song on the new record, with already has hundreds of thousands of YouTube views, is “The Upper Room”. The song is perfect for hanging and for working out—the lyrics are almost as powerful as the baseline and the background tech is ultra attention-grabbing. However, “The Upper Room” does not underscore “Love Hard”, which is much more guitar-based, or “High Off Life” which combines sweet vocals with begins with a classical excerpt and goes for a much more techno sound.
It’s these kinds of combinations that have set Cudi apart from other artists and are bound to do the same for WZRD as well. “It’s unbelievable,” says sophomore Mark Petro of Ohio State. “I was pretty doubtful at first but it seems like Cudi has done it again.”
The question is everywhere—from where exactly did Dot da Genius come and why have we never heard of him? Word on the street reports that the two recorded a song back in 2008 and the record has been withheld until now, as it appears on the new album. Apparently, this artist was in fact the producer of Cudi’s original hit “Day ‘n’ Night”.
Even without the drama of this suspended record, the new WZRD album is surrounded by publicity. The most recent news about the album arrived last week when Cudi—notorious for raging against the machine—accused his label company of shipping too few CDs to stores. Cudi tweets, “I gotta go out and find one too, becuz my weak ass label never even gave us a copy of our own album. FAIL!!!”
All in all, the album feels pretty experimental but is expected to get a positive rise from audiences. Fans of Kid Cudi’s original exploratory music are sure to be taking a listen to the new WZRD and the innovative duo has definitely given the media a lot to think about until their next debut.
FacebookTweet
Life

Previous Post:Joining Clubs That Require No Talent
Next Post:Q&A With 49ers’ Fangio: The Man Behind The D