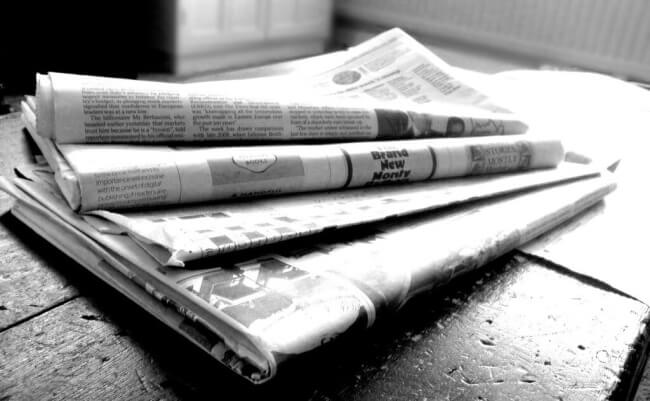 When I started telling people that I planned to major in journalism, I got mixed reactions. Some people, like my parents and my high school newspaper adviser, cheered me on with support in their eyes. To them, I made a fantastic choice and had a decent chance of becoming successful. Others? Not so much. When I tell people I’m in journalism school, they act like I’ve just told them I’m a juggling major. Even when I tell them that I go to one of the top schools in the country, they feign enthusiasm.

We’ve all heard the stereotype: journalism is dying. Newspapers are a thing of the past. Why waste your time at a media job when you can start flipping burgers? But are these beliefs really true? Should journalism majors just suck it up and start studying engineering or medicine instead?

I don’t think so. While it may be true that print newspapers and magazines have become less popular and may become completely obsolete, you can’t blame it on the belief that people started consuming less information. “There’s a lot more journalism than ever. If you look at the appetite for news and information, young people consume it; they just don’t read a printed newspaper,” said Robert Stewart, director of the E.W. Scripps School of Journalism at Ohio University.

If anything, as we continue to go digital, we need even more people providing content, from online articles about the best food hacks to photos to videos and more. And 10 years from now, guess who will possess the skill set most suited to these content providing jobs? That’s right — today’s journalism majors, the people that get taught from the beginning that they always have to think one step ahead. “A year or so ago, one of our graduating seniors told me she was applying for jobs as a producer in TV, as a magazine freelancer and as a newspaper reporter,” Stewart said. “Ten years ago, that wouldn’t have happened because nobody would have felt competent to work in those three sectors.”

Everywhere you go, you can hear people whispering the common misconception that today’s journalism students have basically the same education as students from 50 years ago. You my friends, are sadly mistaken. The general principles remain — we’re still taught how to follow AP Style, be ethical and conduct good interviews — but with this changing industry, has also come a new and improved education for journalists.

“You have to have a culture of no sitting down, no resting, you always have to be pushing it out the door,” said an anonymous journalism school graduate in a report by the Knight Foundation. “There’s no longer a persistent or permanent model of journalism that can be passed on from one generation to the next, or even from one graduating class to the next.”

Unfortunately, journalism’s reputation for having few careers available have prospective students running for the hills and into their advisor’s office. “I think the students who are not feeling confident in their own willingness and ability to work hard — they’re choosing some other major, like accounting,” Stewart said. “You may hate your job every single day you go to work…you may love your job, but chances are, if you are a journalist at heart, you wouldn’t enjoy being an accountant.”

The basic goal of journalism has remained the same: to provide the public with information they want and need to know. All that’s really changed are the formats in which we do this. And with these format changes, we have more than enough work to keep us busy. “The main thing is to try to make sure that students get digital skills,” Stewart said. “Also, our curriculum is much more organic and much more malleable now, so it’s not regimented the way it used to be.” The last generation of journalists became too stubborn to realize how much more can now be done with journalism. Could it be difficult for some of us to find jobs? Yes. Can we blame it on journalism as a useless profession? No.

The old way of doing things may be slowly dying, but condemning the whole profession as doomed is like saying a caterpillar dies when it becomes a butterfly. Journalism is not dying; it’s evolving.

Previous Post:I Been Drankin’: Unexpected Ways to Survive Hangovers
Next Post:How to Make the Most of a Career Fair