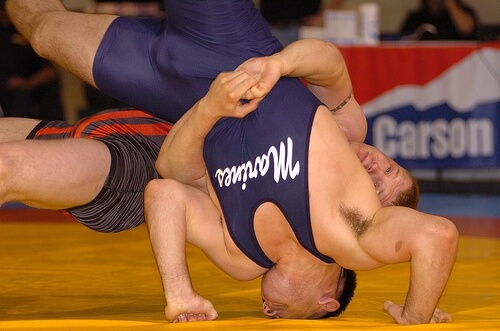 #IWishIKnew: You Can Walk-On A Team As A Freshman

Ashley MelfiAug 3, 2011
Home » Latest Posts » #IWishIKnew: You Can Walk-On A Team As A Freshman
FacebookTweet

What do Scottie Pippen, Jeff Hornacek, Daniel E. 'Rudy' Ruettiger and Billie Mays (the Oxiclean guy) have in common? A strange consortium of people, yes, but they all represent famous walk-on athletes who earned a spot on their college athletic teams.

Scottie Pippen is by far the most successful story, but you’d be surprised at how he got there. The 1987 fifth overall NBA draft pick went to the University of Central Arkansas as a student manager. He was given that position only as a favor to his high school basketball coach. He then had a massive growth spurt, shooting up to 6’7” and became a versatile, five-position player. All this wouldn’t have been possible if Pippen didn’t take the risk to put himself out there for a team that essentially had no interest in his talent.

I’m not saying you need an extraordinary growth spurt to automatically make a team. Take Rudy for example, the movie is based on the true tale of a 5’6’’ dreamer whose discipline, belief in his abilities, and perseverance led him onto Notre Dame’s Fighting Irish football squad.

You may be an all-county, all-state wonder, but don’t think since you weren’t recruited that your playing career is over. This does not have to be the case. Walking-on to a team is a viable option to continue your athletic career in college. Top Division I teams will be harder to crack but if you set your sights on a feasible institution in a smaller conference and you have to skill to back it up, you just need to show the coach you deserve to be a member of his or her squad.

Getting your college education is the ultimate goal, however, if you have keen sense of competiveness that intramural sports can’t suffice, then why not at least give a it a try?