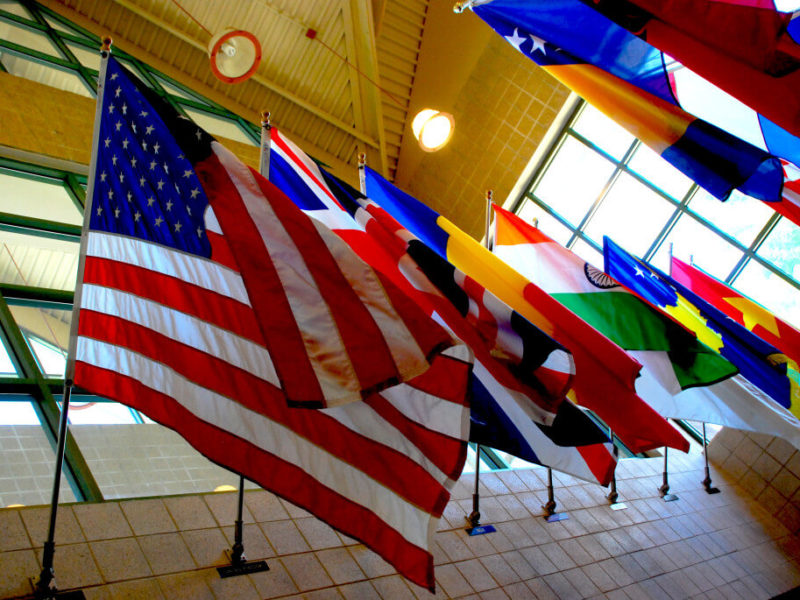 Interning Overseas: Tales From Those Who Know

Embarking on an internship can be a terrifying endeavor in itself: trying to get used to the work environment, bearing new responsibilities, applying all the theory you’ve learned in school to “real-life” tasks. When you’re contemplating an international internship, the fears magnify to extreme heights with the added pressure of being in an unknown country. At times, the worries start to outweigh the positive value of such a unique opportunity. However, take it from people who’ve taken the leap; before you know it, you’ll be wishing you could stay longer.

Ciera Hines and Lisa Hacker are special education students from Western Michigan University, currently tackling their overseas jitters interning at DoDDS military schools in Kaiserslautern, Germany for fall 2015, “When applying to WMU’s special education program, the overseas internship caught my eye right away,” Hines said. “Now I’m studying abroad in Germany for three-and-a-half months!” Hacker added, “We didn’t have much of a choice on where we were being placed, which was fine because I was willing to go anywhere!”

Looking past the initial excitement of a grand adventure, both students acknowledged one of the most prominent fears: culture shock. “My biggest fear was getting to Germany and absolutely hating it,” Hacker said. “I was worried that my anxieties were never going to settle and I would miss home too much.”

Feeling nervous and potentially trapped is a normal reaction to the thought of moving to a new place for a long period of time. Taking a moment to acknowledge those feelings and reminding yourself of the ways to keep in touch with your “normal world,” can help relieve any panic and allow you to make the final decision from a realistic mindset. “Communicating with my friends and family is very easy,” Hines said, providing a list of ways to keep in touch including email, social media and FaceTime. “Once I arrived, I was much more relaxed.”

While it’s good to examine the exciting positives of such an opportunity when considering your decision, take note of some common concerns too. Not every experience is bound to be a sunlit stroll through Italian vineyards, so take the time to prepare for some unavoidable setbacks. Describing a trip to Cologne she and her fellow interns took, Hines said they got to the city by train safe and sound, but the return trip was a little stickier. “Our first train was 25 minutes late and we were all panicking because we had two connecting trains,” she said. “We ended up talking to an employee from the information desk and they told us what train to get on. So, we get on this train and we’re waiting for our stop, only to realize we weren’t on the right train.”

Stranded, the interns realized they weren’t too far from their home base of Kaiserslautern, but true to form, their phones didn’t work and everything was in German. “Luckily, we found a train that was going where we had to go and hopped on, hopping for the best. We made it back, but that was an experience I’ll never forget.”

Despite her stressful experience, when asked what her favorite part of her overseas internship was, Hines replied, “The traveling. My friends and I try to see as much as we can during our time here.” But what about logistics? Surely it’s hard to get around and understand things with the language barrier.

According to Hacker, Germany is similar to the U.S., but the different language definitely made it difficult for them. While some countries are more receptive to English than others, sometimes a total understanding of the native language isn’t quite necessary. Despite the language block, Hacker said her favorite trip was actually during their first weekend in Germany. “We were being adventurous and exploring, and we just had a blast!”

Having the opportunity to study overseas and complete an internship in a foreign country is a chance that should never be taken for granted. While worrying over the sheer audacity of living in an unfamiliar environment for a substantial length of time is a normal and fairly helpful reaction to such a prospect, don’t let the nerves rule your head. Instead, focus on the positive and realistic aspects of the trip, and give your sense of adventure a nice run for its money.

After all, you just might fall in love with traveling the world and decide to make a living out of it. “I would absolutely do another internship and/or study abroad program if I had the opportunity,” Hacker said. “I am definitely considering a career outside of the United States. Hines agreed whole-heartedly, expressing she too would like to pursue a career overseas. “There are still so many more places I would like to visit!” Hines said.