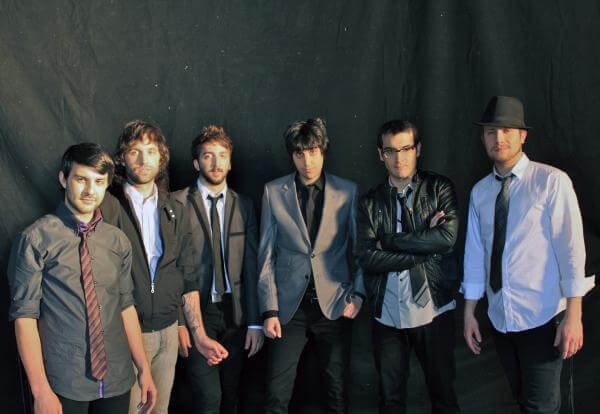 Despite all of its Maid in Manhattan fantasticism and Carry Bradshaw gossip, New York City is more than a city of enterprise and glam. It’s home to a good deal of off-beat characters- its dedicated musicians.  From college students to aspiring post-grad entrepreneurs, musicians in New York embody the Empire City’s smoldering melting pot of quirkiness, determination and drive.  College Magazine interviewed three bands on the rise to gain insight on the promising exposure, opportunity and culture that makes NYC a musician magnet.

“It’s easier to get managers and booking agents out to see you here,” said singer-songwriter Eytan Oren of Eytan and the Embassy. “There’s something magical here for rock n roll.”

But the publicity does not end at record label reps and talent scouts. “There is definitely a lot of opportunity in Brooklyn,” said Jon Markson, Connecticut College senior and guitarist for the indie band Shake The Baron, who spent the last two summers in Allston, Boston playing to packed basements and house parties and is currently living in Bed-Stuy, Brooklyn for a summer internship. His new home has helped his music thrive, as “there are a lot of great hip bars that makes it easier to reach out to more people.”

Not only does New York have the places to get your music out there, but also the interest to motivate artists. “In New York you can do anything, say anything, wear anything, play anything in any style and nobody will think you’re weird,” the Brooklyn-based Oren said.  Markson added that “you get to experience social and cultural diversity that is hardly available on most college campuses.”

Although NYC fosters a variety of musical styles, Oren speaks from experience when he says “NYC and Brooklyn are particularly strong for indie bands.” The frontman explained that “if you’re an emo band or a very mainstream artist you might have an easier time building an initial following in the suburbs surrounding the city.” Eytan & The Embassy, who’s sound is described by Oren as “a mixture of Ben Folds, T-Rex and Otis Reading” find themselves at a genre crossroads. “If you’re an artist that’s somewhere in between like us…well, good luck,” says Oren.

The band Frances Rose has the genre game down pat.  Sisters Sarah Frances and Michelle Rose Cagianese maintain variety — when not carrying out their catchy brand of electronic pop, the Lower East Side duo performs “very raw and folk influenced” acoustic sets.  “You can play our songs on an acoustic guitar, and they are so naked without production, but the lyrics and the melodies carry you,” says Sarah.  It’s the “insanely vibrant artistic energy,” as described by Sara Frances, that makes NYC the duo’s ideal home base.

But the key to breaking into the NYC scene is surprisingly grassroots. “Make friends with bands of the same genre. Never hate,” said Michelle, adding that “you can do it independently and make it your life in NYC.” This DIY philosophy extends to all three bands as Markson recommended to “think critically about your skills as a musician/band and actively work to improve in those trouble spots.” Lastly, Oren suggested “to work ridiculously hard, promote your shows, and make the music you’d want to hear. It can be a tough city to gig in.”

Despite the grueling effort and scene obstacles, these city-based musicians use their experience and determination to stay optimistic and take advantage of all that NYC has to offer.

Previous Post:Michigan’s Ban on Race Illegal
Next Post:Beyond the Toga: 4th of July