You are here: Home / Campus life / I Chose a Random Roommate and Lived to Tell the Tale

I thought opting for a random roommate freshman year would be a good way to make more friends at The University of Iowa. This optimism quickly faded.

It’s surprising how loyal my friends were to the state of Wisconsin. I considered them more adventurous. Not to say they had to go to Iowa, but a few more would have been nice. I was, however, fortunate enough to have one friend brave the western bank of the Mississippi with me. I had heard the cautionary tale of rooming with your best friend. Words like complacency, regret and fallout riddled these stories.

Considering myself the “adventurous” one, I threw myself into the void of uncertainty that is random roommate assignment.

I will always remember the first contact I had with my roommate. On paper, it appeared we had little in common. He sent a brash, to the point email asking if I would consider trading rooms with his cousin. His email made two things very clear: 1) He was not an English major and 2) He was not what I would consider to be “adventurous” and opted for a more familiar roommate. I was unsure of how to handle the situation.

To add insult to injury, the proposed room in question was in the dreaded Mayflower dormitory accessible only by bus. I’m being dramatic, but it would clearly be a downgrade from the older, more centrally located Quadrangle Hall that I had already come to terms with. I found myself in a pickle: Should I accept the trade and perhaps be on good terms with the guy who was almost my roommate, or stand my ground and hope he wasn’t one to hold a grudge? My siblings jokingly refer to me as “push over Dan,” a jab that influenced me in the moment to stand my ground. College would be different. My email of appeal walked the fine line of assertiveness and empathy, I was convinced I could sway his opinion. He never responded. I could not have been less excited about move in day.

As the number of senior graduation parties faded and September grew closer, I began to prepare myself for the dreaded first encounter. Naturally I turned to Facebook to scout out potential “ins” with my star crossed companion. I found he was from small town Iowa, had a well-established faction of friends (including a girlfriend) at Iowa, and had already expressed his excitement to be living with his cousin. It was hopeless. I began to imagine the bus rides to campus every morning. I knew this was a scenario that often accompanied checking the box for a random roommate. I accepted that this would the reality of my first college experience. It almost reduced the animosity I felt towards move in day, as I came to terms with the inevitable.

The highly anticipated day finally arrived. My family drove past Mayflower on our way in, and perhaps it wasn’t that bad. I loaded the laundry cart with my few possessions and made the march towards room 1931, Quadrangle Hall. I was greeted with an empty room, filled with the belongings of a stranger, an already accepted acquaintance (nothing more) for life. In a flash my own belongings filled the room and my parents departed. I refused to be ambushed by my roommate and left to explore campus.

I needed to prepare for the encounter, and it needed to be on my terms. I did not return until late that evening, ensuring he would be there. I walked into a scene beyond what I could not have possibly imagined. A guy I had only recognized from profile pictures crying hysterically into his pillow on the top bunk. He had broken up with his girlfriend. I was embarrassed to see a stranger in such a vulnerable position. I’m sure he was just as thrilled to see me.

I remember thinking that having a random roommate would instantly double the number of friends I would have at school. My optimism quickly faded into certainty as I consoled who would become my second friend at Iowa. I was lucky that it played out the way it did, especially considering how immature I had been preparing for such a big step. I know roommates do not always turn into best friends, but surely going into a new year with this mindset will not help.

As I reflect on this experience as senior, I can’t help but cringe at how quickly I expected the worst. I have since reunited with my freshman year roommate, and again can refer to him as my “roommate” as we tackle our senior year. I feel that this incredibly awkward moment we shared was the icebreaker we needed. Considering the doubts I had regarding a random freshman year roommate, I’m pleasantly surprised by the way my roommate situation played out. While I cannot promise a random roommate will guarantee a new friend, I can promise it will challenge you to step out of your comfort zone, and to be “adventurous” as you start your college adventure.

Filed Under: Back to School Campus life Freshmen Life University of Iowa 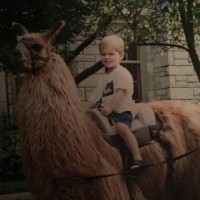 How to Answer, “What Are Your Weaknesses?” Even Though You’re Pretty Much Perfect
Next Post: I Thought I Knew Exactly What I Wanted Out of My Major—I Was So Wrong