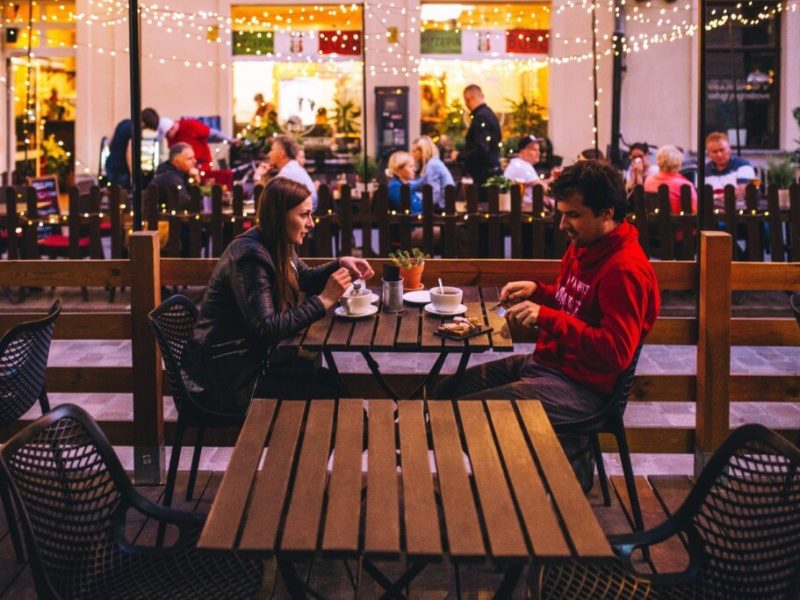 I Accidentally Went on a Date with a Neckbeard

Sarah OechsleSep 7, 201820
Home » Latest Posts » I Accidentally Went on a Date with a Neckbeard
FacebookTweet

A year or so before the term “Neckbeard” hit the mainstream, I found myself sitting across the dinner table from one. He seemed so normal at first. We met my freshman year in one of my first classes, biological anthropology. I felt anxious to try college dating and he seemed like a pleasant way to dip my toe in the water. I couldn’t have been more wrong.

I look back now, still wondering how I ended up in such a cringe-worthy situation.

It started when he sat next to me in class. I was new to the university and even newer to the dating scene after my high school relationship went up in flames. I’d heard nothing but dating horror stories from my single friends and just wanted somebody nice to go out with on a couple dates.

This guy seemed like just that. He didn’t look like your typical “neckbeard.” Slim, clean-shaven and well-dressed, he came off as a little shy—maybe even awkward. But he clearly didn’t spend all day drinking mountain dew and playing Minecraft in his mom’s basement.

On the first day of class, we exchanged numbers to trade class notes. About a week later I asked if he wanted to get lunch at the dining hall. We met up for an unofficial lunch date and he acted like a completely normal guy.

He raised a couple small red flags, but I was a little tender post-breakup and felt I was being too critical. Despite only speaking in class, he seemed certain that he knew exactly who I was (despite being wrong about most of it).

“I bet you want to study medieval archeology,” he’d say.

“Oh, I don’t know a lot of girls who are interested in that,” he’d frown.

It seemed normal enough by itself.

I couldn’t help feeling a little judged every time I opened my mouth.

It felt like he already held some idea of who I was supposed to be and seemed a little passive aggressive when I, of course, didn’t fit the mold. Overall, the lunch was lukewarm. Certainly no sparks were flying. But he acted been nice and honestly I felt a bit lonely. It was my first semester of college after all.

A couple days after our tepid lunch hangout he texted me to ask me on a proper date. I agreed, excited to go out. I wore a cute black dress and even shaved. We met in front of my dorm. He wore a superhero t-shirt and cargo shorts. He seemed underdressed. No big deal, right?

He was clearly humiliated. In fact, he spent the first 10 minutes of what unfortunately became an hour-long walk talking about it, apologizing and trying to justify his outfit. I kept assuring him it wasn’t a big deal and that really it was me who came overdressed, but he wasn’t having it until the subject finally changed.

About halfway through his story about how he’d left his fedora collection at his parent’s house, he scurried around to my left and said, “Oh, I need to walk on this side.”

My first assumption was that he had OCD. A good friend of mine did and he had similar needs, so that would have been much easier to understand than the reality.

“I should tell you,” he said in a grandiose tone. “I align myself with a pretty strict code of chivalry.”

He continued, “In the middle ages, the man was supposed to walk on the inner side of the walkway, since people would throw—erm—waste out of their windows and the lady wasn’t supposed to be dirtied.”

I laughed in complete disbelief, “So you’re protecting me from shit?”

He winced, “I personally don’t think very highly of cursing.”

Why didn’t I leave right then? Had things really gotten so weird so fast, or did I miss the signs?

“You should know,” I explained. “Flattery and holding doors open and stuff like that isn’t going to get you anywhere with me. That’s not the same thing as respect.”

We continued on with less uncomfortable conversation. I let him walk on my left, already knowing this would be our last date but wanting to make the most of it regardless. After taking much too long, we finally decided on a restaurant.

“Now that you know my code, you should know that I insist on ordering for you,” he said as we approached the southern food spot.

“I don’t need you to order for me.” I toed the line between playful and harsh, not comfortable being rude to this guy who’d been such a friendly partner in class.

“Wow, you’re really a modern woman,” he said with an edge of condescension.

I sniped back, “Well this is the modern world.”

Despite his awkwardness, he seemed particularly good at ignoring the obvious tension during dinner. We carried a pretty boring conversation (after I’d ordered for myself, thankfully). Even aside from his strange ideas, there was just no spark.

I’m sad to say that at this point I still tried hard to give him the benefit of the doubt. But as dinner ended and he asked if I wanted to go somewhere for dessert. I recoiled.

I lied and told him I made plans to study with a friend who expected me home soon. On the way back to my dorm I watched, uncomfortable and confused, as he grew suddenly tense and avoided walking past a group of raggedy looking men at the bus stop.

“What are you doing?” I asked while he pretended to look at the bus schedule.

“Just—nothing…” He shot a sideways glance at the men and we continued on. I started to feel sick to my stomach. I tell myself that he acted this way because he was a coward and not because this group of men happened to be black. I didn’t want to get to know him well enough to find out.

He “escorted” me to my dorm and suggested we do it again soon. I wondered if he would try to kiss me, but he didn’t even lean in for a hug. Part of his code of chivalry, I supposed. I made my hasty escape.

Then I ghosted hard. I’m not proud of it, but it’s all I knew to do back then. After I avoided him in class one day, he texted me. I was feeling particularly lonely after a few weeks of missing my friends at other schools and having nobody to talk to.

“You seemed kind of sad today,” he texted. “Is everything okay?”

“Not really,” I replied, “I’m just feeling pretty lost and lonely here. I haven’t made many friends yet.”

“These ‘friendships’ are all just superficial anyway. These people are all stupid if they think they’re actually making real friends. I’m looking for something more meaningful and I know you are too.”

That was it. It was finally time to be direct.

“You don’t know me at all. Don’t assume you know me when I’ve never said anything like that before.”

He replied with a manipulative paragraph that ended with: “If you don’t like me, just say so.” I could tell it was a guilt trip. We went on one date and this guy already tried to guilt me in to not standing up for myself.

It was a bit rude, I’ll admit, but it did the trick. After two weeks trying to avoid hurting anybody’s feelings I was finally honest with myself and with him. Thankfully, I’ve never had to endure a conversation about fedoras since.

Previous Post:University of Florida Student to Chart Topping Musician: Q&A with J. Dash
Next Post:10 Gen Eds to Avoid at The University of Iowa