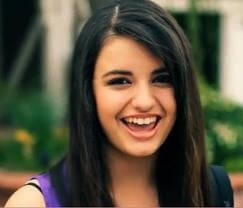 It’s gone from the internet, but not from our heads. Rebecca Black’s notorious song and video, “Friday,” was removed from YouTube on June 16, after a dispute between the singer and her recording company. Upon searching for the video, YouTube users find a statement saying the video “is no longer available due to a copyright claim by Rebecca Black.” “Sorry about that,” the website adds.

That would be a lot of people that YouTube has to apologize to. Since its release in March, Friday has garnered over 160 million views on the site, as well as multiple laughs, references and parodies — including an uncannily convincing recording that attributed the original lyrics to Bob Dylan.

Amidst all of these online shenanigans, though, there has been no indication of what this means for Rebecca Black herself. With only one harshly received, auto-tuned one-hit wonder under her belt — no longer even available to the public — does this mean she’s officially bowing out of the celebrity arena? At least it means she’s trying to.

But dispelling a song like “Friday” from the collective musical conscious is about as difficult as getting the song itself out of your head. If Rebecca Black were ever to pursue a real musical career, she will be forever associated with the lyrics “Tomorrow is Saturday, and Sunday comes afterwards.” And if she never records another song, we’ll always remember what “Friday” signified — that today, you could argue that bad music has more entertainment value than the good stuff. Read more about the internet demise of “Friday” on MSNBC.