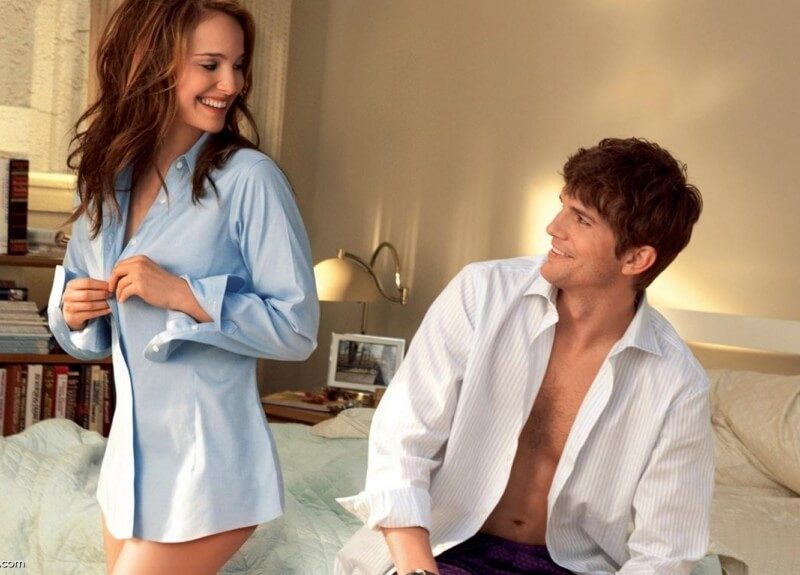 Going From A Hookup To A Relationship

Mira MillaDec 5, 2012
Home » Latest Posts » Going From A Hookup To A Relationship
FacebookTweet

You’ve made an oral agreement to be friends-with-benefits with someone and everything is going great. After a few unforgettable hookups, you’re starting to look past their undeniable attractiveness and starting to see something you didn’t at first. Girls, his jokes are actually making you laugh and guys, her off-tune singing is starting to seem really cute. You’re trying to deny it as much as possible when you finally face the facts. You think you’re starting to grow feelings.

You’ve got quite the dilemma on your hands. Should you step up your casual hooking up into something more exclusive or not even risk it by leaving it the way it is?

We’ve all heard the saying that two people can’t stay friends after adding sex to the equation; someone is always going to want more in the midst of it all. Like in the two movies ‘No Strings Attached’ and ‘Friends With Benefits’, strong emotions tend to develop even when we don’t think they will. But we all know that there’s a possibility that we’re not going to have that happy ending that those two movies portrayed. So when should you really make the leap from hookup to boyfriend or girlfriend?

“Actually get to know the person before you decide to do anything. Make sure it’s not all about physical cravings,” said Mike Williams, freshman from San Jacinto College. “Once you realize that you actually like the person, talk to them about it. As far as relationships go, you want to make sure you two are on the same page.”

Before he started dating his current girlfriend, Williams was contemplating whether or not he should transition it into something more. “I was scared that it would be a physical relationship and eventually get old,” he said. Luckily for him, it didn’t. “If I could go back in time and make the same decision, I’d do it over again. If we didn’t step up our relationship I knew my feelings would just grow stronger as time passed.” It was clear, to both of them, that they wanted more than just the casual hookup and that’s why it worked out.

Eric Campbell, a junior from Savannah State University, said his hookup to relationship was the longest and most fun relationship he’s ever had. He had someone who was always there for him and someone who didn’t judge him on his mistakes. Although they didn’t work out and broke up after almost two years, they remain friends. “Since we already had that past, we could talk about anything. We still had that great friendship.”

When stepping up your relationship, you’ll have someone you can always talk to and turn to. Carla Rivera, a junior from San Jacinto College said that there is a substance in a relationship that you don’t get from just hooking up. “You don’t have to worry about any other factors that you’d usually deal with when you aren’t committed,” she said. Basically, when you’re in a relationship, you know you’re the only one on that person’s mind and you don’t have to worry about being just another person to hookup with.

After weighing out the pros and cons of whether or not you should take that chance and go for it, don’t forget to think about what would happen if it doesn’t work out.

“At the moment we don’t speak to each other,” said Patricia Tiu a junior from Molloy College about her recent hookup to relationship beau. “I haven’t seen or heard from him since we broke up.”

Andre Miles, a freshman from Cisco College admitted that if he could go back in time and try to make his hookup into a relationship, he wouldn’t. “It’s so awkward between us now. I don’t talk to her and she doesn’t talk to me,” he said. By keeping it strictly hooking up, you have a mutual agreement that feelings won’t be in the picture. “It’s less drama and less distractions. You can focus on things that you feel are more important,” said Miles.

It’s always a risk when it comes to putting your feelings out there. But why not go for it? Even if it doesn’t work out, at least you get to say that you tried. You don’t want to keep wondering, ‘what if?’ when you have nothing to lose and something to gain. Whether you decide to step up your relationship or not, always trust your instincts and original gut feeling. Whatever you do, be cautious of yourself but don’t forget to have fun!