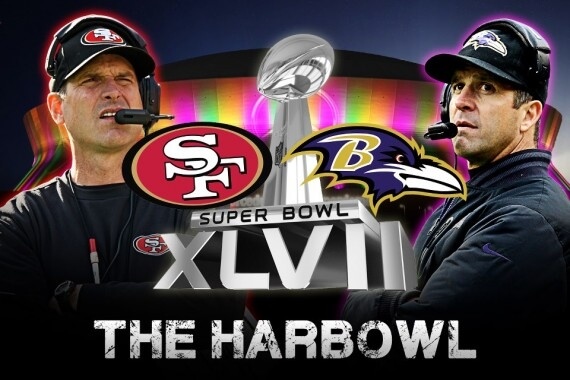 Get Ready For The Harbowl: CM’s Super Bowl Preview

Josh AxelrodJan 27, 2013
Home » Latest Posts » Get Ready For The Harbowl: CM’s Super Bowl Preview
FacebookTweet
This is my nightmare. Being a Steelers fan, I have no one to root for in this year’s Super Bowl. If the 49ers win, we lose our claim to being the only Sixburgh. If the Ravens win, I have to hear about it for forever from every fan of those nasty purple birds I know at the University of Maryland. Plus, I’m pretty sure Baltimore won’t be standing on Feb. 4 whether the Ravens win or lose. Oh well…with those biases in mind, here’s CM’s Super Bowl XLVII preview:
Quarterback: Joe Flacco vs. Colin Kaepernick
If you needed a franchise QB, who would you take? Your choices are a playoff-proven QB who has been winning postseason games since he was a rookie or a freakishly athletic upstart who defenses haven’t figured out yet. Kaepernick may be breaking QB rushing records, but there is still too much of a chance he’s a product of the currently unsolvable pistol offense. Plus, Flacco is having one of the most efficient postseasons since Joe Montana in 1989 with eight touchdowns and no interceptions so far. As much as it pains me to say it, Flacco has reached the “elite” status that Kaepernick hasn’t quite earned yet.
Point: Ravens.

Running Back: Ray Rice vs. Frank Gore
Wait, the Ravens have a running back? Rice may have disappeared in Cam Cameron’s offense, but Jim Caldwell is making good use of his fast and versatile weapon. Gore’s presence is always felt in the 49ers ground-and-pound offense, though his numbers are only marginally better. Rice has the edge here, but only because Gore hasn’t produced a highlight that can beat Hey Diddle Diddle Ray Rice Up The Middle:
Point: Ravens
Wide Receivers: Anquan Boldin and Torrey Smith vs. Michael Crabtree
This matchup really isn’t fair. With Mario Manningham out for the season with torn knee ligaments, the 49ers don’t have a true number two receiver to compliment Crabtree, who has blossomed with Kaepernick throwing to him. You could make the argument for Randy Moss, but he pales in comparison to either Boldin or Smith. Crabtree might be better than both of them individually, but not as a unit.
Point: Ravens
Tight End: Dennis Pitta vs. Vernon Davis
This is another mismatch. Pitta may have had a statistically better season than Davis, but he’s not a proven commodity like the 7th-year former Terp. Pitta also only had one quarterback throwing to him all season; Davis had to deal with a QB switch and didn’t let his game suffer one bit. That 106 yards and a touchdown game against the Falcons was just a reminder of his dominance. Even if Davis wasn’t a UMD alum, he’s the clear choice here.
Point: 49ers

Find schools
Kicker: Justin Tucker vs. David Akers
How the times have changed for the Ravens’ kicking game. Tucker is a respectable 30 for 33 on field goals in his rookie season season and made the Ravens forget ever having Billy “Shank” Cundiff. Akers, on the other hand, has struggled. He was 29 for 42 in the regular season and has already missed one kick this postseason. That’s not a good recipe if the Super Bowl comes down to a field goal. I’m sticking with the young gun here.
Point: Ravens
Offensive Line
Ever since John Harbaugh put Bryant McKinnie in at left OT and did a little shuffling on the line, the Ravens’ front five have been a force. They have only allowed Flacco to be sacked four times in three postseason games so far. But consider this: the 49ers have started the same five linemen on 1,002 snaps this season and postseason. It’s hard to beat that level of consistency and chemistry.
Point: 49ers
Special Teams
Jacoby Jones has added a new dimension to the Ravens’ offense (just ask Rahim Moore) and special teams. He tallied 1,167 kickoff return yards, 341 punt return yards and three combined touchdowns. If you discount the Trindon Holliday fluke, the Ravens have a scary special teams element. Considering how unremarkable the 49ers’ special teams has been this season, let’s just call this one.
Point: Ravens
Defense
This is a tough one. It’s hard to say anything too bad about a defense led by the likes of Ray Lewis, Terrell Suggs and Haloti Ngata. But that losing streak toward the end of the season is disturbing enough to raise questions about how much longer the Ravens’ defense can keep up this dominant postseason performance. And let’s not forget the 49ers’ have a prolific pass rush, stingy secondary and a man named NaVorro leading the team in total tackles. It’s hard to argue with that logic.
Point: 49ers
Coach: John Harbaugh vs. Jim Harbaugh
This is the matchup to watch on Feb. 3. Both Harbrothers are obviously great coaches, or else they wouldn’t be here. Here’s the difference: while the Ravens are more or less the same team they were when the season began, the 49ers now start a new quarterback and have adopted an entirely different offensive scheme to fit his strengths. That takes guts to do midseason. John’s 62-30 record as Ravens head coach speaks for itself, but little brother wins out on nerve alone.
Point: 49ers
You have no idea how much it hurts to say this, but the Ravens might be the more talented team. It’s going to be a relatively low-scoring, physical Super Bowl, but I have the Ravens staying on top 24-21.Baltimore: keep the guns at home this time.
Photo: at Game Dayr
FacebookTweet
Life