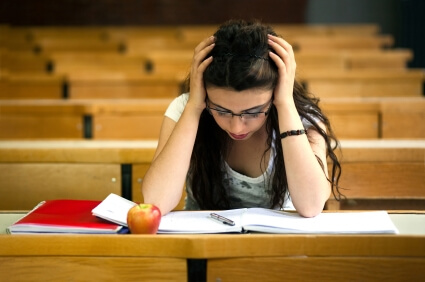 From the Seniors: What Should I NOT Do Freshman Year?

Nicole EisenbergAug 19, 2011
Home » Latest Posts » From the Seniors: What Should I NOT Do Freshman Year?
FacebookTweet

Top dog, head honcho, the big cheese, senior.  All of these guys and girls know exactly what they’re talking about after three years of experience.  What mistakes should you avoid making your freshman year?  They’re here to help!

“Do NOT get so lost in the fun stuff that you forget about your schoolwork.  When you first get to college, there are so many awesome things that you want to do and that seem SO much more appealing than doing your work.  Sometimes you can completely forget that classes and homework actually exist!  However, you can't let yourself fall into that trap.”  Be sure to set aside chunks of time to do your schoolwork, and go have a blast in between.  “It'll definitely be worth it in the end,” says Muncks.
–J.P. ‘The Rocket Scientist’ Muncks, Aerospace Engineering, University of Virginia

“Don’t get over-involved; I did that at first and was overwhelmed.”  It’s a great idea to pick a few things that you are really interested in and see how they work out for you.  There’s no need to waste your time with clubs or organizations that don’t make you happy; there are plenty of options.  If school feels easy and you begin to feel stressed because you’re over-committed, it may be time to drop an activity or two to give yourself some breathing room.  But do remember to “get involved in something.  I stopped every activity because I was overwhelmed, but I regretted it a couple months later,” says Levitt.
— Laura ‘The World-Changer’ Levitt, Broadcast Journalism, Elon University

“Don't overreact to the big change.  Everyone has the thought at one point that they made the wrong decision.  A couple of weeks after I got to school I was convinced that I had chosen the wrong school.  I felt like everyone was making more friends than I was, [and] the classes were overwhelming; everything was wrong about the school.”  During this time, remember to keep a positive mindset and try to make the best of everything for the time being.  Chances are, you’ll become acclimated and be very happy.  “You just have to remember to trust your judgment all along, and chances are everything will work out.”
— Andy ‘The Economist’ Marmer, Economics, Vassar College

“Don't overextend yourself and worry about joining 50 clubs right away; get acclimated first, make friends, learn the campus and settle into class. BUT at the same time college is about trying new things, so don't avoid adventure or new things.  Just pace yourself; there's time.”  Morrison explains that it really is “all about balance—there are so many things that are constantly going on on a college campus, so it can be overwhelming the first few weeks or months.”
— Laura ‘The Ivy-Leaguer’ Morrison, Human Biology, Health and Society, Cornell University

“As a freshman you should not walk around campus by yourself; always have a buddy.”  Especially during those late-night walks to the library or to the diner, make sure you grab a friend for the ride.  Jacobs also says “You should not do too much to fit in.  Know your limits and ease your way in with a good crowd.”  There are plenty of wonderful people on your campus, and you will find them.  Take your time though, and don’t do anything that would make you uncomfortable.  Academically, Jacobs recommends refraining from procrastination.  “It may have gotten you through high school,” she says, “but it catches up to you in college.”
— Destiny ‘The Athlete’ Jacobs, Business & History, Stony Brook University