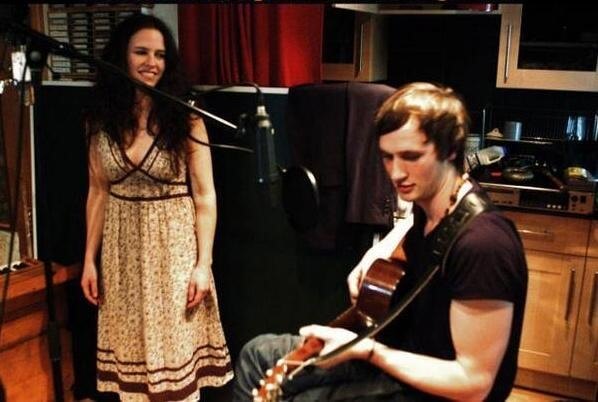 Erland and the Carnival: Nightingale

With two albums in two years and currently writing their third, the English folk band Erland and the Carnival is touring Europe and hoping to come to the United States this summer.

They are a traditional band, but not in the way you may think. Tampering with and modernizing senescent folk songs is a tradition generations of folk musicians have found themselves inspired by. To not take part in this tradition, “would be going against evolution” band member Simon Tong said in an interview with College Magazine.

The Carnival is composed of Gawain Erland Cooper, Simon Tong and David Nock.  Being described as “a newly married couple on their honeymoon” to a couple “in need of relationship counseling” in the studio, they recently released “Nightingale,” their newest album. Their trials and tribulations have not dulled their music. On the contrary, it has “taken them to strange and uncomfortable places” where they were able to find their muse and work together to produce a series of satisfying folk renditions.

Songs in Nightingale have been inspired by 8th century poem called 'Dream of the Rood' and the Egyptian Book of the Dead along with traditional folk songs. Tong said, “it’s the metamorphosis that intrigues us.” Their music is ominous and inspiring, especially if you are familiar with the meaning behind the music, and their videos are equally as menacing.

Their production environment may have had an effect on the tone. They recorded in a studio space on a ship moored on the River Thames in the center of London. The empty dark space was under water level. Tong described it as “damp and dark and constantly rocking in the water.” Surprisingly, he said this helped the band’s concentration. The most difficult aspect was finishing their album, because the members were in different time zone much of the time. Communication became a problem.

They do not intend on stopping their writing process anytime soon. They plan to tour and write as much as possible. Their upcoming shows and events as well as songs on their new album are listed on their Myspace page. You can also follow them on Twitter to hear about their travels.

Previous Post:Mixed and Mighty Attractive
Next Post:Summer Movies: Not All About The Blockbusters