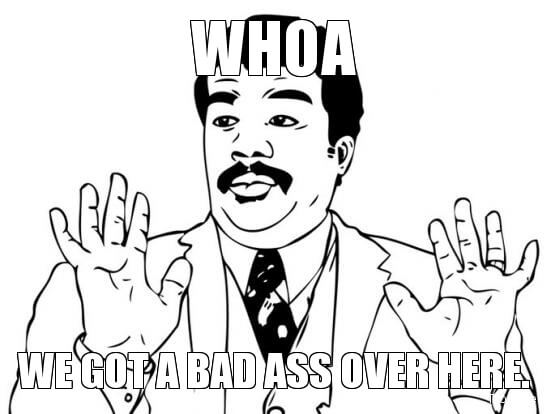 Josh AxelrodApr 17, 2012
Home » Latest Posts » Epic Win: Professor Avoids Paying Traffic Fines With A Four-Page Essay
FacebookTweet
Usually guys don’t have much luck getting out of traffic tickets. If a woman gets pulled over (and if she’s dealing with a straight male cop), she automatically has two assets she can use to her advantage. If they don’t impress him, there’s always crying or flirting. Guys can try all that jazz, but chances are they’ll just earn themselves a more expensive fine.
One guy, however, used something to combat a traffic ticket that those most men neglect in these situations: his brain. Dmitri Krioukov, a physicist at the University of California in San Diego, gave a judge a four-page paper (entitled “The Proof of Innocence”) that mathematically proved why he couldn’t have run a stop sign. What a nerdy badass.
Krioukov argued that it is possible the officer only perceived the car not stopping at a stop sign, when in fact it really did. Apparently there are three reasons this might have happened:

“(1) the observer measures not the linear but the angular speed of the car; (2) the car decelerates and subsequently accelerates relatively fast; and (3) there is a short-time obstruction of the observer’s view of the car by an external object, e.g., another car, at the moment when both cars are nearing the stop sign.”
The paper included equations and graphs to back up Krioukov’s claims. It certainly served its purpose, as Krioukov no longer has to pay the $400 traffic fine. I get the feeling the judge was either so impressed by his efforts that he let Krioukov off the hook, or he just didn’t feel like reading an essay and assumed the physicist knew what he was talking about.
Let this be a lesson to men everywhere: if you get slapped with a hefty traffic ticket, whip out the math and you might be able drive off scot-free. The worst-case scenario is the cop, confused and disoriented, pepper sprays and arrests you. On second thought, maybe that’s not a risk worth taking.
Photo: at http://www.jokeroo.com/pictures/sign-ad/bad-ass-meme.html
FacebookTweet
Life

Previous Post:Sitcoms Aren’t Dead, These Ones Are Alive and Kicking
Next Post:How To Spot A Bro On Campus