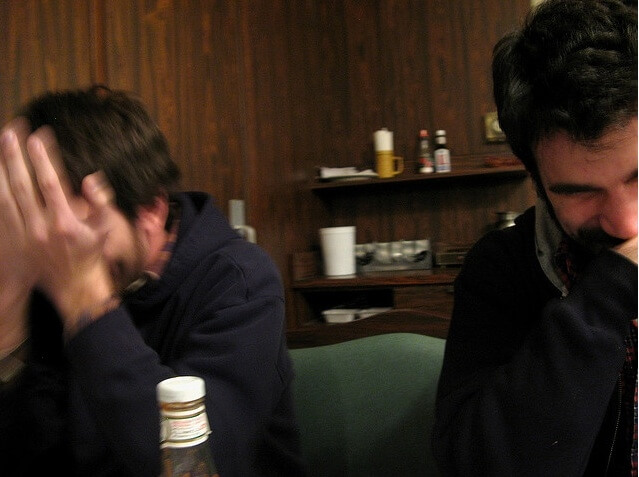 School is out–finally out–and summer has arrived! But that doesn’t mean that students aren’t still getting a lesson in embarrassment 101. College Mag readers share their most embarrassing, hilarious, or just plain disastrous summer vacation stories.

“Last summer vacation I was at my friend’s pool party and we were drinking and having a good time and trying to impress this really hot girl. We were hitting it off when she told me that she never learned to dive. So I decided to teach her. I went first to show her what I did when I dove. So I dove in and it was the perfect dive, except for one minor mistake. My swim shorts had completely come off and were floating beside me in the water. To make it worse, one of the guys grabbed them and through them about 20 feet away from me so I had to get out to get them…naked. Needless to say I did not get that girl’s number.” -Adam Cross, University of South Carolina

“Last June I went on vacation with my best friend to the Outer Banks. While we were there I met this really cute guy, who was a local and we were hooking up for the entire week I was there. On the last night he decided to take me back to his place for the night. Well the night went great…it wasn’t until the next morning that things turned for the worse. At 6 a.m. a girl stormed in his bedroom screaming that she knew he was cheating on her. It was his girlfriend, who he had never told me about. I was pretty mad at him, but I just left because it looked painful enough with the objects she was whipping at his head…I figured she had it covered…but it was still pretty embarrassing.” –Katrina Mars, West Virginia University

“The most disastrous date I was ever on happened two summers ago. This guy who I worked with asked me out and even though he was a bit annoying I figured I would give him a chance. From the very beginning I knew it was going to be horrible when he picked me up at my house wearing a suit and tie when we were just going down to the nearest bar to grab a drink and a burger. Then when I stepped outside I discovered someone else in the car. When I asked who it was he said, ‘Oh, that is my mom. She is driving because I don’t have my license yet.’ (He was 22.) When we got to the bar he ordered himself a drink and then made me pay for mine. Then he persisted to talk about all the girls he had ever made out with and how he thought he was the best kisser in New Jersey. By the end of the night I ended up pretending to be sick and took a cab home.” –Alicia Valdez, Ohio State University

“Last summer, I had the worst date of my life that never happened. I met this really cute girl at school and I wanted to take her out in my hometown during vacation. Well she lived six hours away so we decided to meet half way (3 hours in). Well we decided to meet at a TGIF and have dinner, see a movie and then drive back. I wasn’t looking forward to the long drive but I was excited to see her. Well I got about two hours and forty minutes into the drive when I got a text saying she couldn’t come. She stood me up…and did not talk to me the rest of the summer. Oh, and later she decided to date my friend and that is why she had stood me up.” –Mike McCall, New York University