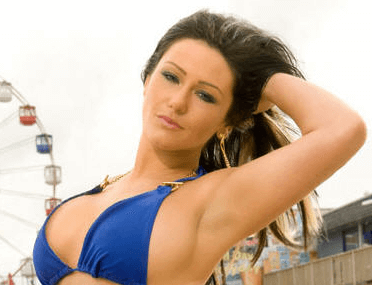 You’ve gone to the gym seven days a week, finished all last semester’s laundry and baked in the sun for two months straight to prepare for the return of The Jersey Shore. Finally, July 29th your favorite gweeds invade Miami and beat the beat up on South Beach. But when the cast of the Jersey Shore isn’t fist-pumping and sunning, they’re working equally as hard. DJ Pauly D has been spinning records across the nation, while The Situation launches his own rap career and clothing line. Jenni ‘JWoww’ Farley is turning her reality experience into a branding empire. College magazine checked in with the media mogul about her reality whirlwind.

CM: How long have you been vacationing down the shore? What made you decide to sign up for the Jersey Shore?
JF: Last year was my first year. There was a casting call at the nightclub I was working at for Paris Hilton My New BFF. A few weeks later I got a call back for the Jersey Shore. I didn’t find out until the day of shooting, it was really exciting.

CM: How has it changed your day-to-day life?
JF: I’m recognized on the streets. I also had all these projects I always wanted to do on the back burner but now I have the power to achieve them.

CM: Can you tell me a little about your new clothing line, Filthy Couture?
JF: It’s inspired by what I wore on Season One—sling back shirts, scarf shirts, ripped jeans—a lot of places I would go down the shore would ask me where I got my clothes, so I thought it would be a good idea to start designing.

CM: Can you describe the line in one sentence?
JF: Sexy meets rock ‘n roll.

CM: How do you juggle your career, filming the Jersey Shore and designing a clothing line?
JF: I don’t do anything business-wise when I’m filming. The people I collaborate with have been great with the tight deadlines and everything. Sometimes I think they do more work than me!

CM: What can fans expect from Season Two?
JF: A whole lot of drama, it was a good time.

CM: How would you compare the locals in N.J. and the locals down south?
JF: In Jersey it was a new experience for them because it’s such a small community. There were a lot of fans but they let us do our own thing. The thing about Miami is there’s so many shows at the same time so they aren’t really fazed.

CM: Do you think the show accurately portrays life on the Jersey Shore?
JF: One hundred percent definitely. I go to the Hamptons every year, it’s just insane—a lot like what you see on the Jersey Shore. A bunch of our friends rent a summerhouse and go wild.

CM: Who’s the worst roommate and what are their bad habits?
JF: I think that’s a wait-and-see.

CM: What do you look for in your ideal man? Is there anything unresolved with Pauly D?
JF: I’m still with Tom so I’m not looking for anything else. Pauly D and I talk all the time and I give him girl advice when he wants to start dating someone. The boys are like my brothers.

CM: So do you see a Season Three?
JF: I can’t act so I’m down to be myself. It was a blessing to be able to do [the Jersey Shore] all over.