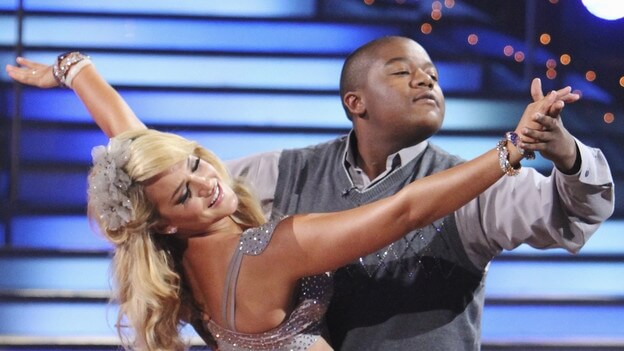 The majority of us grew up with Disney in our lives. Once we graduated from lions and princesses, Disney Channel stars became entertainment and role models… until they disappeared off the face of the earth four seasons later. But that cannot be said for Dancing with the Stars’ runner up Kyle Massey, (Corey of That’s So Raven) who until today, was seeking a return for the coming season.

That’s So Raven happens to be one of my all-time favorite shows ever. Great writing and character dynamics made the show quotable and memorable like no other. The experience was amazing for Massey as well. “Being on Disney is pretty amazing! All the kids get to grow up together,” Massey explained to me as he described what it was like to spend years on the Disney sets. It’s a completely different lifestyle that involved going to a special school for all the stars like Zac Efron and Miley Cyrus.

The education system on the Disney set was particularly important, Massey explained, “We spend six hours of school a day, and can only work nine hours of the day.” That’s 15 hours of all work and no play! “Child actors are the hardest working actors in Hollywood,” he asserts.

After Raven, Massey starred in the first ever spin-off in Disney history, Corey in the House, and starred in his first movie, Life is Ruff. But in 2010 Massey entered a totally different field starring in the 11th season of Dancing with the Stars.

“That was a fun show; I love that show,” Massey says. The program was especially hard for him because he had no experience as a dancer whatsoever. “The transition was hard, I had to learn everything from scratch,” he added. Apparently, Massey didn’t do much dancing with his bane Corey and the Boys back on Disney Channel.

Now that Dancing With The Stars is entering its 15th (and all-star) season, the producers were faced with the challenge of choosing a select few past competitors. To make the process easier, the producers left it up to us viewers and allowed us to vote for our favorites on ABC.com.

It was announced earlier today that The Cheetah Girls’ Sabrina Bryan won the 13th spot on the show over Massey, but he’s still the winner in our hearts..

Why did we support the child actor? He’s just like us. Though he’s only 20, Massey holds a degree in General Studies from the University of Missouri. But more importantly, he is celebrating the most important experience of any college-aged student–he’s turning 21. “I’m throwing a huge party in a secret location” he confides. Yes, even Disney stars can go hard.

Massey is as easy going and friendly as he appears on the screen. He’s grown so much since he was Corey and even more since his near victory in Dancing With The Stars. Though we won’t be seeing him on DWTS this season, we know we’ll see a lot more of him in the future, and we at CollegeMag cannot wait!