You are here: Home / Life / Counting Followers, Not Calories

I was starving. In the first month of my freshman year at Tulane University, I discovered I was always starving. All the time. Every minute of the day. Dining hall food never cured my hunger. I went to sleep every single night craving a home cooked meal or anything from one of my favorite restaurants.

My parents always combatted my hunger with, “How could that be possible? You live in New Orleans!” But who has time to go out for a meal when you’re busy making new friends, going out at night and studying?

Aside from the constant hunger, I felt like lived in a bubble. Yes, I lived in New Orleans, but Tulane offers such a different atmosphere than the rest of Louisiana. Extremely like-minded people dominate this university. Don’t get me wrong, I love that about Tulane. You can have a conversation with almost anybody and find at least one thing in common. But I needed an adventure. I needed to see something new—to know that I was in the real world, not just on a college campus.

This led me to an idea.

“Why don’t we start a food Instagram?” I asked while sitting in my friend’s room on a sunny, Sunday afternoon. Almost everyone knows at least one girl that had the new and brilliant idea to start a food Instagram, but this was different. I wasn’t doing this so that people could see the salads, sushi and chocolate ice cream that my friends and I were eating. Instead, I did this as an excuse for an adventure. I did this so that I could go out for a meal and feel as if I’m going out for a reason and not wasting my meal plan. But I also did this to learn more about the place I would call home for the next four years.

That afternoon my friend and I ventured out to not one or two food places, but three. Walking into the first store, we were greeted with the overwhelming, comforting smell of cooked dough and hot Nutella. District Donuts started our adventure. Then Hivolt Cafe’s coffee woke us up from the donut food coma and later sushi at Sake Cafe.

A few hours later, with full stomachs and excitement I started making the account and posting pictures. I felt so excited to share this with all my friends—the adventure, the food and the new creation I started. Not only did this cure my hunger and restlessness, but it was also the best excuse to get to know more people. Any time I wanted to go out for a meal, at least one person guaranteed to say yes. I ate well and took pictures for the account. Plus, I got to catch up with an old friend or meet a new one. The idea that people would find out about the account if they didn’t know me never crossed my mind. I was quickly proven wrong.

In January during sorority recruitment, one of the girls rushing me told me all about this amazing food account that I needed to follow (obviously our entire conversation revolved around Fro-Yo and Vietnamese food). After going on and on about the account, I asked her for the Instagram’s name. Believe it or not, she was talking about my account! She went on to say that all of her friends obsess over my account and go to every restaurant I post food from.

I never thought I would even get 100 followers, but now ending my first semester of sophomore year I am at nearly 4,000. I’ve been invited to numerous food events by other Instagram accounts in New Orleans and have tried more than half of the restaurants on my list.

I’ll forever be grateful that the sunny, Sunday afternoon where I needed a good meal and an adventure set a new track to my college experience. Because of this account, I declared a major in communications with a focus on social media. I found reason to explore my new home and make more friends. I’ve nurtured this simple idea from the beginning of my college career, and as I grow, the account grows with me. After that first bite of the gooey, warm, chocolate donut on that Sunday afternoon, I turned a corner. 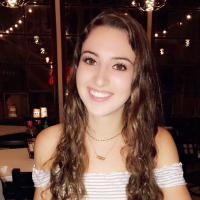 YouTube’s Newest Sensation Miley Carterr on Being Yourself
Next Post: 10 UF Hammock Hangout Spots That are Calm AF