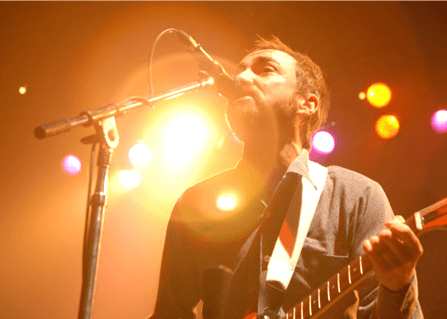 This upbeat indie tune will have you singing "La la la la" like you never have before. This pop-indie tune from The Shin's last album, Wincing the Night Away, is a must-hear and will have you dancing from the beginning. The Shins will be playing at both Philadelphia's "Popped! Music Festival" and Pensacola Beach's "DeLuna Fest" this fall.

The sounding trumpets on this track will immediately draw you into Beirut's honest sound and never let you go. That's what happened to Julian Casablancas, lead singer of The Strokes, who was late to his own show at Bonnaroo after watching Beirut's performance. Vagabond is just a taste from the band's new album, "The Rip Tide," released August 30, and you don't want to miss their delivery live.

Didn't think you could have all your favorite music styles in on band? Think again. Known for the tribal masks the group members wear, SBTRKT cannot be described as one genre of music. The pop, R&B and electronic mix will have you energized and mellowed out at the same time. Don't miss this them this fall; you won't regret it.

"Watch the Throne," an album born of collaboration between hip-hop kings Kanye West and Jay-Z, now has the duo touring their talent across North America. We can only hope Beyoncé makes a surprise appearance on stage to deliver a powerful chorus to take us "to the moon" with this hit. To see where The Throne will be performing near your campus, click here.

Bring back the heavy guitars and drum solos for a punk-rock reunion. Blink-182 and My Chemical Romance are teaming up this fall on the "Honda Civic Tour" in New Orleans, as well as at other venues across the country. The single "Up All Night" is reminiscent of Blink's past sound, with rocking verses and a subdued chorus. My Chemical Romance's "Sing" showcases the band vocal, as well as instrumental talents. Even if your music tastes have changed in college, check out the concert for a trip down memory lane.

As dubstep continues to spread throughout the college scene, Skrillex juggles melody and heavy beats to create an electronic sound that doesn't disappoint. Skrillex's crowds are constantly jumping with their hands in the air, so be prepared to break a sweat. Skrillex will perform at the Austin City Limits Festival and multiple other venues through November. For a full list of tour dates, click here.

The Foo Fighters are known for their huge-rock sound that produces timeless hits like "Learn to Fly." One of the most popular albums in years, the Foo Fighter's "Wasting Light" is full of these hits. Singer Grohl vocalizes that he "never wants to die," and we couldn't agree more. This performance will have you singing, dancing and jumping in a crowd of all generations.
FacebookTweet
Life