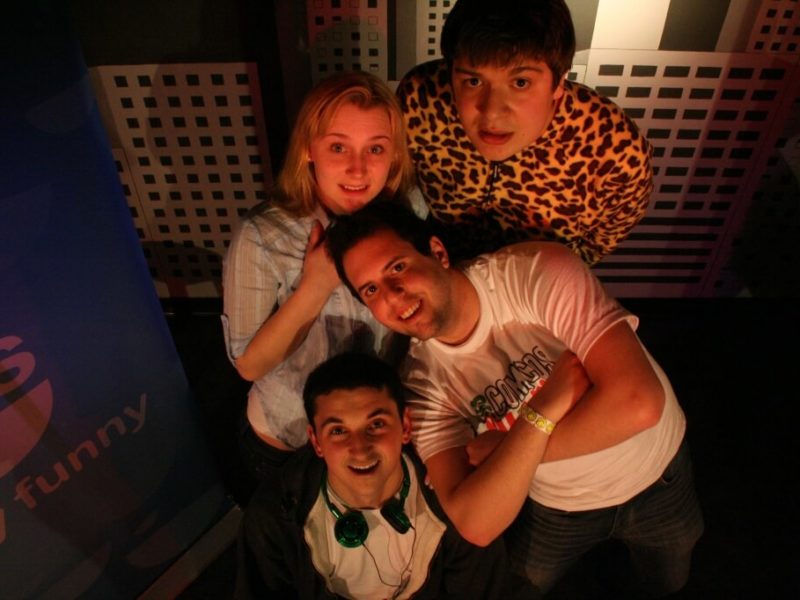 If you have big dreams, you’re most likely looking for every avenue to achieve them. For college students interested in stand-up comedy, that avenue is the National College Comedy Competition, held each spring semester in schools all over the country.

The NCCC is a stand-up comedy competition, sponsored by TBS, that pits 32 schools against their regional rivals to find the four funniest schools in the country.

In the preliminary round, each college chose eight comedians to send to their rival school. In the first round, 16 schools traveled to their rivals and performed in real comedy clubs with audiences consisting of more than just friends and family. The audience and judges then chose the top four comedians from each school to represent their school throughout the competition.

Then, online voting determined which schools moved on to the select 16.  In the second round, however, no traveling or new comedy happened, just another round of online voting to select the ultimate eight schools.

This year, the top eight competition consisted of making a roast style video of the schools’ conference rivals to determine the top four. This year, those schools were Penn State, Ohio State, Portland State and University of Florida.  From there, judges chose the funniest college and funniest student.

Penn State was chosen as the 2011 NCCC winner with, then-senior Brandon Scott Wolf as the MVP, making him the funniest college student in the country. Wolf, creator of the Penn State stand-up comedy club, Second Floor Stand-up, said he was on a Megabus when he found out he was chosen.

“I didn’t even realize I was chosen from Penn State at first.  All I saw was we were chosen as the funniest,” Wolf said in a phone interview with College Magazine.

Being chosen as the funniest students from each school came with a few perks for Wolf, Aaron Nemo of Ohio State, Rudy Mendoza of University of Florida and Andrew Dhulst of Portland State. Wolf (and the Penn State comedy team consisting of Matt Rainstein, Stephanie Wain and Kevin Gallagher) was flown to LA and visited the Conan O’Brien and George Lopez sets.  Wolf was given a 10-minute set, which he performed on Lopez Tonight on June 15.

From LA, Wolf was flown to the (TBS) Just For Laughs festival in Chicago and met up with the other top comedians.  Each student opened for Christian Finnegan at The Red Bar Comedy Club and had the opportunity to meet big name comedians such as Joel McHale from NBC’s Community, Louis C.K. and Seth Meyers.

Wolf and Penn State entered the NCCC last year, but this year, they came with determination; pulling multiple all-nighters to vote themselves to the top. The hours spent in computer labs paid off, and for one year Penn State is the funniest school in the country.

“I saw us (Second Floor) getting big nationally, but not on TV in a year,” Wolf said. “Now I have an opportunity to make it in NYC with stand-up … I just turned 22 and already have a YouTube clip of me performing on a big stage.”

“I have a lot of friends that are interested in doing something with comedy,” he added This is the start of my success, but it’s also the start of a lot of peoples'.”