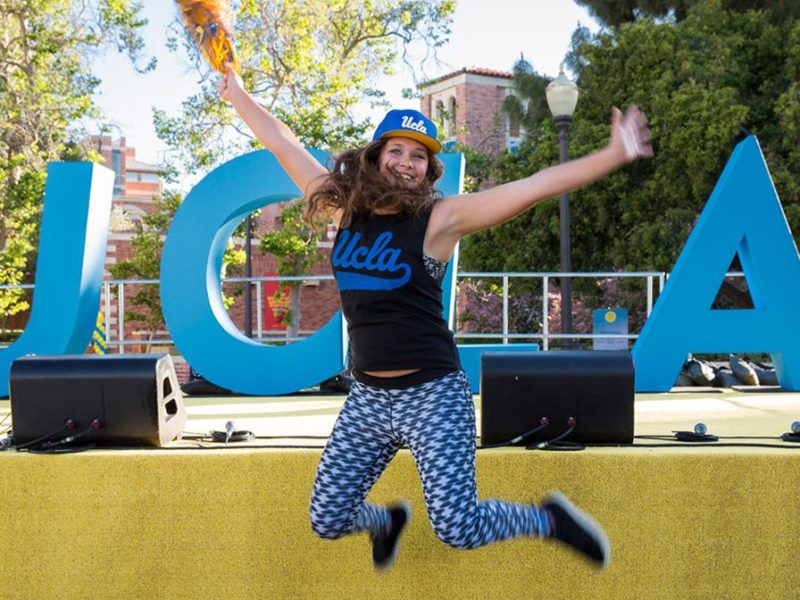 Once upon a time there lived a Nigerian, Korean, Chinese, Two Mexicans and a dedicated recorder player. What may sound like the start of a bar joke or even the beginning of an adventurous fairytale, actually isn’t. Rather, this was the start of my junior year of college at UCLA, just about the time when students usually transition between dorm life to apartment life. Just about the time when real—“adulting”—as they call it, begins.

You see, one of the hidden aspects of college life that takes a backseat to all the other new experiences we indulge in is the prospect of living with other human beings.

Sure, as freshmen we get excited about the roommate search, filling out compatibility surveys, and discovering the sudden possibility that gasp “Are we soulmates?” But you don’t hear from people much after that. You don’t hear about the laborious hours that go into the art of compromise. Compromises of adjusted room lighting, sleep-time schedules, where to eat for dinner, who’s going to throw out the trash, and the small quirks we learn to accept about the other humans occupying our space.

Honestly speaking, the dorm life was manageable when it was only two people I needed to keep tabs on, but the sudden realization that the number of people entering my personal orbit would double worried me. The thought of five completely different people with completely different backgrounds all living in one shared space where they would eat, sleep, cook, experience the whole spectrum of human emotions and stub their toe on the same living room table was a recipe for disaster.

Yet, there I was at the start of the summer, signing a lease to live with girls I had met in a campus Christian fellowship. These people were none other than a Nigerian, Korean, Chinese and one other Mexican. They had names too, but given the enormous differences that our backgrounds and ethnicities proposed, that was all I saw them as at the time. While these girls hovered on the border between acquaintances and friends, I knew better than to think that people were defined by their appearances.

As move-in day came closer and closer, the monster otherwise known as personal relationships came knocking on my door. It was the fourth of July, and given that my childhood dog had just died hours before back at home, I was in no mood to surround myself with “acquaintances.” Nonetheless, there I was lugging all my boxes and furniture to the place I would call my new home for the year. In retrospect, it was an exciting day for all of us.

However, after all the hype and politeness dwindled down and turned into actual school where we arrived home tired and hungry, we were faced with a new dilemma. We came home, asking the others about their days only to be met with the bland answers of “Fine,” “Good” or “Okay.” It was just like middle school when you came back from school and your mom asked the same question, only to be given a one-word answer by a child scraping for isolation in the confinement of their own room. We needed an external intervention and we needed it fast.

While the first months of living together was filled with awkward silences, one-word answers and passive aggressiveness, this is where the hope of the dedicated recorder player came into the picture. Everyday around the same time, somebody in the apartments above us religiously practiced their recorder to the tune of “Hot Cross Buns.” For those who don’t know what this tune sounds like, it is the most basic sequence of notes played in a pretty catchy tune. But after hearing this tune for hours at a time while we tried to study, we began to take notice.

Not only did we collectively gather in the living room to moan and complain about this person, but we also had so many deeper questions for the situation. Who was playing? Why were they playing this annoying tune? And most importantly, in what real world situation would a college student at UCLA need to fall back on the talent of playing “Hot Cross Buns” on the recorder?

Pretty soon, it became a routine ritual to gather in the living room at the same time in the day to bond over the mutual hate of this tune and the person playing it. It was at these moments of trying to hold in our laughter in the living room that I thought to myself: maybe this whole living arrangement won’t be so bad after all.

Thanks to the dedicated recorder player who still remains unknown, the Nigerian, Korean, Chinese and Mexican became more than the labels I gave them, but real roommates. The kind of roommates you slowly learn to share your life with, whether you initially planned to or not. Without roommates, who would we share our innermost thoughts, vulnerabilities and small events of our days with—the ones that nobody else gets to witness?

If you’re a college student with roommates who you’re unsure about or don’t know well, know that the intersection of our lives with another will always be messy, clumsy and sometimes uncomfortable. However,  in the end it’s always worth it when people become more than what we initially see them as. Thankfully, just when we think life is falling apart, bland or unenjoyable, life offers small silver linings in the form of a “Hot Cross Bun” recorder enthusiast—just to bring us closer together.

Previous Post:How to Become a Pharmacist
Next Post:21 Michael Scott Quotes to Get You Through Exam Season