You are here: Home / Life / Academics / College Professors Are People, Too

As I sit in class scratching PowerPoint slide information into my notebook, my head perks up when I hear my teacher utter a phrase I hadn’t heard in years. She said: “All your base are belong to us.” To most people in the class, this phrase sounded complete nonsense. To me, it brought back a strange, forgotten memory from my earliest days exploring the internet. My professor then awkwardly back-peddles and tries to explain what that phrase was and why it was on the slides.

It was an old, long forgotten meme back when internet memes were in their infancy. The phrase was a mistranslation from a Japanese video game that somehow caught on. Professor Lindsay Hogan couldn’t really offer an explanation as to why she put it on the slide. Personally, I found it hilarious. From that point, she stood out to me as a teacher.

I took this class with professor Hogan in the spring semester of my freshman year, and that class marked an important change for me. But that change can only really be appreciated in the context of my disastrous first semester.

A wide-eyed, ambitious student (that’s me!) didn’t think high school and college would seem so different. Sure, everyone says it’s a transitional period, but I didn’t want to hear it. I knew I’d be fine. When it came time to select classes for my first semester, I hit the ground running with my economics major. Some other kids might want to start off slow, but I dove head first into the next four years. My AP scores allowed me to skip past the micro and macroeconomics intro lectures. I signed up for two economic theory courses. Oh, and the only available micro theory course was at 8 a.m. on Monday, Wednesday and Friday.

Some of you may be internally screaming at me right now like, “Why would you ever do that?”

The answer is hubris.

I thought I was tough, and I thought I could handle it and everything would turn out fine. First period in high school started around 8:30, so I didn’t see why an 8 a.m. class would seem so bad. Econ was so much fun in high school, surely college courses will be the same. Right?

In addition to my two advanced economics classes, I also took three boring core requirement classes that left me completely disinterested. Some of my professors were fine, but none of them really spoke to me. They didn’t seem passionate about their teaching. And if they weren’t excited to be in class, how am I supposed to be?

I absolutely dreaded my classes. I became convinced that classes were simply unavoidable obstacles in my day; hurdles to be conquered on a weekly basis.

Second semester rolled around and I decided to try a communication major instead. I enrolled in Survey of Mass Communication. I didn’t particularly know what the class was about, but it sounded interesting.

I still hadn’t realized how much I valued a solid eight hours of sleep because this class was at 9 a.m., but that didn’t even matter. Despite my exhaustion, Professor Hogan just came in with such infectious energy that got me excited for class and for the rest of my day. She told a lot of jokes and made references to the types of oddball late 2000s internet culture that I grew up on. While other students in the lecture seem not to care, it certainly intrigued me. I felt a certain kinship with Professor Hogan, so much so that when it was time to pick classes for next semester, I made sure to register for one of her classes.

The first semester of my sophomore year, Professor Hogan’s Critical Cultural Studies. Yet again, I found myself engrossed in the subject and actually happy to be in class because of how my professor approached the class. After our first exam grades came back, I wanted to find out what question I answered wrong.

I figured it’d be a quick visit, maybe 10 minutes of me looking through my test. But I ended up staying for much longer than that. Professor Hogan and I ended up in a conversation about her career in marketing, how she became a professor and what I might want to do with my life. She even helped me plan out classes for the next semesters, and was honestly more helpful than my actual academic advisor.

In this this moment I realized that college professors are much more than just teachers potentially droning on about some subject I didn’t care about. All of my professors had lives, experiences and knowledge I couldn’t imagine. They were resources for me to learn in and out of the classroom. Most of all, they were people. 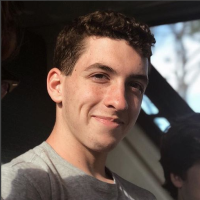 Ben is a sophomore at Boston College studying communications. He's trying his best to say something significant.

Why I’m Not as Active as I Used to Be
Next Post: How to Become an Unconventional Journalist