You are here: Home / College Majors / CM’s Guide to the Jewish Studies Major

I know what you’re thinking: How does someone major in Jewish Studies? Does my school even have Jewish studies? Not offered at every college and university, Jewish Studies is an interesting, obscure area of study. If you want to go into this field, you have the ability to specialize in a particular area. From the Study of the Bible or the Conflict in the Middle Schools to Ancient Studies or Modern Judaism—this major packs more of a punch than most realize.

What You’ll be Doing

As you can well imagine the major offers many Holocaust and World War II classes. The most interesting aspect? You’ll find interests in niche areas that arise from the broader context you’re studying. Through these unique classes you really begin to narrow into your personal area of interest. For example, I solely had an interest in only learning about the Holocaust. But through my course of study I realized my interest went beyond that and that I wanted to focus on studying genocides in general. Before you can get there, though, one must get their feet wet with the standard prerequisite course most schools require. A Jewish 101 or crash course of Judaism from the beginning, if you will. This class goes back to the foundation of the religion, the area of the world they were located, on up until modern time.

Jewish Studies classes delve into topics like Anti-Semitisms, where you’ll examine the development of anti-Jewish sentiment from the Ancient world until present time and gain a deeper understanding into how modern day anti-Semitism has Medieval roots and how they differ. You’ll also learn about the historical geography and history of the Middle East, allowing you to better understand texts like the Bible. And you’ll of course discuss the history of the Holocaust. You’ll find many courses on or relating to it, but without a doubt every program will have an overview course in order to provide a steady background. Another course could study the history of the destruction of European Jewry during time frame of 1933-45 from the rise of the Nazi Party and ideology and the ensuing genocide. Beyond that, you’ll examine the origins of Zionist and Palestinian movements and the events leading to the establishment of Israel. Finally, Hebrew is an integral part to Judaism as a whole. Some universities require taking it as a language for the major while some don’t.

Just like your studies, your internship options vary depending on your interests. More often than not, though, they will consist of some community (Jewish) related position or helping out a scholar with their research. Internships in academia offer really amazing experiences because they typically allocate a stipend plus will often provide housing for their interns. Take The Hadassah-Brandeis Research (located in Waltham, MA) for example. The Institute pays their interns while also providing furnished housing apartment options so they can really focus on their work.

With expertise in a subject comes the ability to go on to teach others. What sounds better better than spending your days talking about and educating other people on your passion? Typically, you’ll only really teach at the university level because most public schools in America do not have a separate class that specialize in Religious Studies.

By becoming a scholar you also take on the title of writer and researcher. Once you’ve found an area or concept or pet project that you become passionate about you actually make that your career. Universities, think tanks and research institutes will fund the scholar while they work on their book, PhD, article etc.

Depending on what area of study you decide to narrow in on within this major you can become an expert of theology. In fact, many students attending universities that have no theology programs opt for Jewish studies as an equivalent alternative. Career-wise theologians usually work extensively in their community, as a civil service employee, counsellor or educator. You can even expand your schooling and get a special theology degree.

Judaism and its people have a long past and with that comes a lot of intertwining facets and crossed paths of histories. You never know how someone studying a seemingly entirely different subject of history may actually end up tying back to Jewish studies in some manner. Historians often get called upon to do interviews for news programs or documentaries, or serve as expert sources for books or articles.

The research, writing and networking skills acquired within this field open the door to surprising places. One section of Jewish Studies involves a specialization in the Israeli conflict—which as we all know transcends many countries. Having the knowledge and background of some more intricate details to an area such as this makes one a valuable asset in the journalism world.

“I decided to major in Jewish Studies because I have always had a connection to Judaism and Israel from a young age. My childhood next-door neighbors are Israeli, and they are like second grandparents to me. I would celebrate all of the major Jewish holidays, and I even attended a few services at the local synagogue. When I entered college, I started noticing just how intricately tied Judaism is to the Christian tradition, and I started to explore the Torah and scriptural texts. After two academic-related visits to Israel, I made a permanent decision to major in Jewish Studies.” – Logan Paiste, Penn State, Class of 2016

“After I finished (and enjoyed) [Intro to Judaism and History of the Holocaust] I enrolled in Hebrew, and I fell so much in love with what I was learning—language, culture, history, biblical studies—that I stayed in the program until I graduated. I went into the program wanting to learn about religion, but I left learning so much more. I am currently in graduate school to get my master’s degree in Library and Information Science. With my language and academic background, I am looking to specialize in theological libraries. The Jewish Studies program has given me unique skills and knowledge that have prepared for me for this career path, and I am excited that a whole field of libraries has been unlocked to me by my experiences!” – Katherine Bleth, University of Minnesota, Class of 2014

“In my freshman fall anthropology class I realized I was really most interested in the discussions of religion that came up. And so I then took a religious studies class in the spring that blew my mind and led me to declare a religious studies major (the class was on theory and not Judaism particularly). Although none of my degrees has been in Jewish studies explicitly I tend to choose projects that involve Jewish topics and sources. Often my knowledge of Judaism allows me to undertake more interesting, off-the-beaten-track projects. So when I studied Christian theology a lot of my work was comparative, bringing Judaism to bear on Christian thought, which was a different perspective and angle than my peers.” –  Ranana Dine, Williams College, Class of 2016 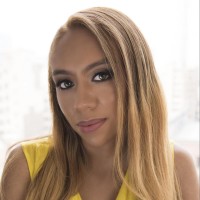 Fabulous is a senior at Penn State University studying Broadcast Journalism and Jewish Studies. Interests include typewriters and Adrien Brody. Most notable for making "Fetch" happen.

24 Things to Do in Dallas in 24 Hours
Next Post: 10 Inspirational Organizations Fighting for Breast Cancer Awareness