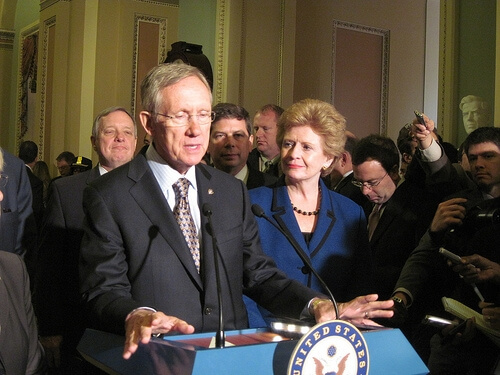 You may have heard the term “Fiscal Cliff” a few times in conversation, or maybe on the news. You might even understand that it has something to do with government spending cuts and tax increases. As college students, we know it could potentially affect us, so why have we not bothered to understand it? Maybe because it is so complex that even our own government is having a hard time grasping the concepts. We will need to recall some vocabulary learned in Econ, but let’s do our best to break it down.

First, let’s go back to August of 2011 when the Budget Control Act of 2011 was signed into law. This forced the government, according to news.com.au, to construct a plan that will cut spending by $1.2 trillion over a 10 year period beginning on Jan. 1, 2013. The law is a mandatory, elaborate and complex plan, but three things are for sure: It allowed President Obama to immediately increase the debt ceiling, created the Congressional Joint Select Committee on Deficit Reduction and forced congress to vote and agree on a balanced budget amendment.

Now, we can revisit today’s date and talk about the actual fiscal cliff and the important date of Dec. 31, 2012. Two events are taking place this day: The expiration of almost every tax cut enacted since 2001 and a scheduled reduction in government spending. Congress is trying to come up with an improved balanced budget, which will help reduce the nation’s budget deficit and debt. If Congress does not make an agreement by the New Year, the “fiscal cliff,” which is the outcome of the Budget Control Act of 2011, will take affect.

According to the article “The Fiscal Cliff Explained” on About.Com, the “fiscal cliff” is a “shorthand term used to describe the conundrum that the U.S. government will face at the end of 2012, when the terms of the Budget Control Act of 2011 are schedule to go into effect.”

If this law were to take affect on Jan. 1, 2013, the United States would experience a dramatic change in the economy. Government would have to cut funding to many programs and businesses resulting in a loss of many jobs. The Congressional Budget Office has estimated that it would increase the unemployment rate to 9.1 percent. The CBO also predicts a reduction in gross domestic products by four percent most likely due to less spending by consumers whose taxes and paycheck deductions had increased.

To avoid the fiscal cliff, U.S. lawmakers need to come up with a budget plan that will avoid a major economical hit, because when combining tax cuts and reduced spending, it threatens to bankrupt our country. Coming up with a plan is difficult due to both parties having different ways to solve the problem. Republicans want to cut spending and avoid raising taxes, while Democrats are looking for a combination of spending cuts and tax increases.

College students will be effected by this event as well. An article from the Springfield News-Sun, “Fiscal Cliff Effect on Colleges and Universities,” explains why the Budget Control Act is a huge threat to students and recent graduates.

“For college students and graduates, already facing a collective $1 trillion in debt for their education,” Springfield News-Sun reports, “the fiscal cliff threatens to reduce financial aid available and strip some help for paying student loans.”

Universities will also have to cut either 50,000 student employees or reduce the hours or wages. This will also affect students who qualify for work study programs.

The Los Angeles Times has recently reported that Republicans are now willing to raise taxes on wealthier households and stop tax increases for most Americans.

The article also states that Americans are coming closer to a deal, but Congress is yet to close on it. It is feared that if a better decision is not reached before midnight, bringing in the New Year, the Budget Control Act will take place (as will the fiscal cliff) and our country could face a severe recession.

"They have had trouble saying yes to a number of repeated offers," Obama said during an interview with "Meet the Press.” "If they can't do a comprehensive package of smart deficit reductions, let's at minimum make sure that people's taxes don't go up and that 2 million people don't lose their unemployment insurance."

Previous Post:10 Reasons NOT to Go to Times Square Tonight
Next Post:Men Charged with Murder and Rape of Woman in India