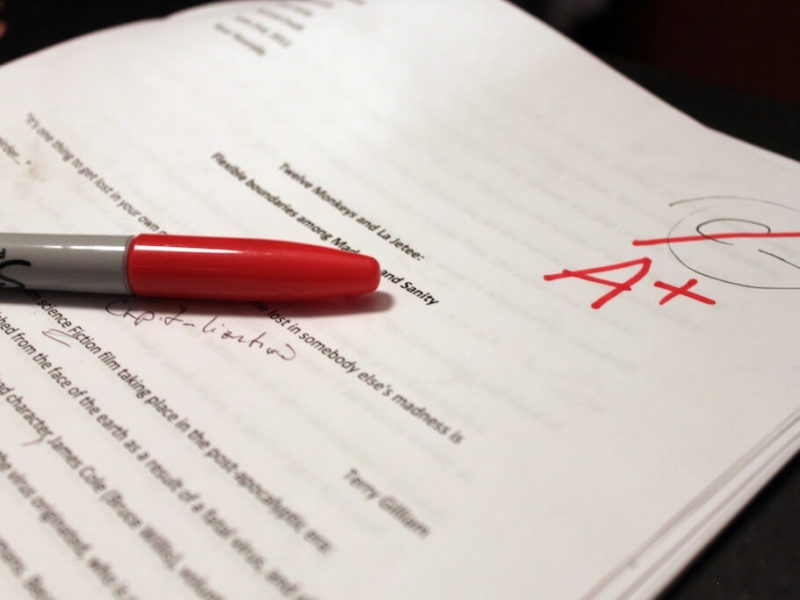 Did You Get a Bad Grade?

Rosetta YoungJun 16, 2011
Home » Latest Posts » Did You Get a Bad Grade?
FacebookTweet

The semester is over, the grades are in—and you're feeling less than thrilled. Here are four end-of-the-semester predicaments and how to deal with them.

Scenario 1: You received a lower grade than you feel you deserved.

If you are in this position—as every college student is inevitably—you have two options: fight or flight. Jessie, a recent alumna of Sarah Lawrence College, chose the former after receiving a B+ in her journalism class. “I said, ‘I don’t know why I received this grade.’ I wrote a very compelling email and [the professor] changed the grade.”

Many students see fighting for their grades as an intrinsic scholastic right. As Matthew M., a senior from NYU, says, “Everyone wants a good GPA. Period.”

The success of your petition lies largely in its style. Camille, a senior at NYU, says you have to be sweet. As Jessie and Camille show, the key is to be persuasive but polite. For example, Max, from NYU, simply asked for a re-grade and sent a professor a list of points as to why his grade should be changed.

It also helps to be earnest about the reasons you want a grade changed—maybe you have dreams of professional or graduate school. Professors understand the importance of grades in students’ futures.

Scenario 2: You received a lower grade than you feel you deserved, but you are too intimidated/embarrassed to approach the professor.

For others, flight is the natural impulse. Matthew U., a senior from NYU, says that he recently received a grade he was unsatisfied with, but thought to himself, “Well, I really don’t care about grades, because I’m not going to school for grades but for the education itself.” At first he was satisfied with this logic, but then he worried that he was really just too intimidated to talk to the professor.

Indeed, some students are afraid that their attempts will be rebuffed, or that they’ll be seen as grade-grubbers.

For a student in this position, it's important to remember that you're supposed to talk to your professors. Professor Gregory Erickson of NYU’s Gallatin School says, “For me, my job is to be able to explain, both before and after I give a grade, just how I arrived at determining it.” Office hours and university email exist for this very reason.

Another reason to open the lines of communication: if you were shy in class, a professor may not have known how much you enjoyed their course. Showing concern about your grade could not only improve your GPA, but could serve as an opportunity to convey your appreciation and cultivate a relationship.

Scenario 3: You got a lower grade than you wanted, but you kind of know that you deserve it.

Students live in pursuit of the mythical “college experience”—the ideal blend of academics, friendships, sex, romance, partying and professional preparation. Of course, these competing interests often conflict, and even hinder one another. The easiest classes require a student to at least be present, and often that bare minimum can feel like an insurmountable task if you’re hungover, heartbroken or it’s a fine day in April.

So, what should you do when you receive your final grade and realize that this semester wasn’t your best for less than academic reasons?

Take heart. Graduate and professional schools care most about your grades in your major. Maybe you got a C in economics, but that doesn’t carry too much weight if you want to get an MFA in television writing. Additionally, if you have no academic post-grad plans, employers won’t even see your transcript.

Scenario 4: You already tried to change your grade, but your request was rejected.

Both Max and Jessie of Scenario 1 reported an unsuccessful grade-change attempt. In both cases, the professor simply refused to change the grade, saying that he felt it was appropriate.

If the discrepancy between the grade you received and the grade you feel you deserved is large, then seek a higher authority. Talk to a course’s head professor or a department head.

However, if the discrepancy is small, then it might be time to cope. Keep in mind that professors give many grades over the course of a semester. Take this anecdote from Alan, a senior at the University of Chicago: “Last week I went to my TA hoping to get my grade moved up from a B. First, he said, ‘Let me talk about why I gave you the grade that I gave.’ After a while, he was like, ‘So that's why I've decided to move your grade up to a C+,’ and I said, ‘Wait, I had a B," and he was like, ‘Oh…well then let's just stick with that.’”

As Alan’s experience shows, there is a spectrum, and grades only mean something in relationship to one another. What hurts you in one class may help you in another. Maybe ancient mythology wasn’t up your alley, but you rock at intermediate Latin, and feel pretty good about the A you received this semester. Professor Erickson says grading is the least favorite part of his job, but he acknowledges that, “If the system is to work, then the grades have to mean something. If they can be changed more or less at random, then that meaning is compromised.” Essentially, the same system that sticks you with the B makes your A worth something.

Editor's note: Last names were withheld at the students' requests.