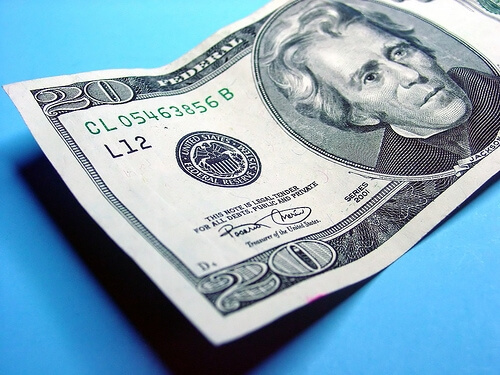 Remember how Mom used to tell you that she wasn’t made of money? Or remember how Dad told you that money doesn’t grow on trees? Well, as it turns out, they were right. What they might not have told you is that you can be successful in the working world and have fun on the weekends without boatloads of cash.

Work clothes can get pricy when you don’t feel like wearing the exact same outfit to the office every Monday, Wednesday and Friday. Madeline Bricker, a rising senior at Cornell University, suggests going to the sale racks at Banana Republic or heading to Filene’s Basement. She says, “Don’t go to a store like Forever 21 and think you can get something work appropriate.” Stores like this are inexpensive and the stuff may look good in your free time, but it’s a no-go for work, says Bricker.

Lucy Qian, a rising junior at Indiana University of Pennsylvania, says, “I generally tend to abuse JCPenny because they have really nice professional clothes for teenagers, and they’re always on sale. Plus, they have coupons every weekend.” It’s always a good idea to check the weekend ads before you head out shopping because you could find a coupon, or better yet, look ahead and see when the big sales are going to be.

For a Work Function

Some offices might be into getting a group together to go out for an expensive steak or perhaps a seven-course meal that still leaves you hungry by the time you leave. Instead, if they haven’t been established already, Alex Cooper, a portfolio manager at Deutsche Bank, suggests starting some sort of sports team or organizing something more informally. Last summer, people in Cooper’s office got together to barbeque and throw a football around. He said it was a great chance to “network and get to know coworkers personally.”

If you don’t want to wear the same outfit every time you and your coworkers do something outside of the office, “Buy things that are very versatile and can be used with a lot of different things,” says Jessica Filderman, a rising junior at Washington University in St. Louis. For example, Filderman mentions “buying a nice pair of pants to dress up tops you already have.”

For a Friday Night

For people who would rather stay in, Qian recommends hanging out at a friend’s house, having her dad fire up the grill, turning on the TV or a movie in the background and chatting. A great idea as far as movies go is looking for the nearest Redbox kiosk. Movies only cost $1 per night to rent, and if you return it as soon as you’re finished, it may be the cheapest movie you’ve ever watched.

For people who would rather get out of the house, Filderman says that they show free movies at the lakefront near her home, so it pays to look for free events in your area. She also suggests “hanging out at the public pool or park with friends (maybe even bring a potluck-type picnic).” Many people also don’t know about student tickets, she says. Filderman has gone to many O’s games with her friends for less than $10 per ticket.

If you’re still not satisfied, sign up for Groupon or Living Social to get deals for whichever city you’re living closest to this summer.