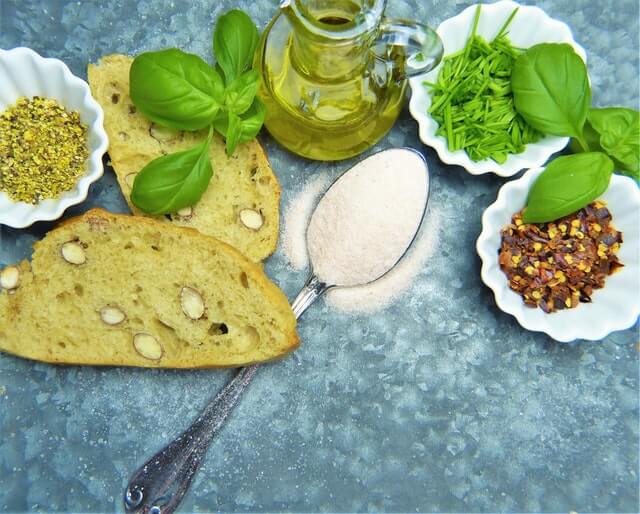 A Behind the Scenes Peek into Going Gluten Free

With so many college-friendly foods like pizza, Chipotle burritos and beer, you can’t deny that gluten plays a huge role in our lives. Need to grab a quick lunch before class? Eat a sandwich. Time to load up before the frat party tonight? Your campus dining hall serves endless pasta and breadsticks to help you prepare to binge drink. What about people with gluten intolerances or celiac disease? They have no choice but to cut so many wonderful foods out of their lives for good. Celebrities and moms cut out gluten in hopes for smaller-sized jeans and a lower BMI, but for those with a real intolerance, gluten-free foods are their only option. And it isn’t always as glamorous as Zooey Deschanel makes it look.

On top of papers, internships and part time jobs, students with celiac or gluten-intolerance also stress about what they can eat every day. Practically everything has gluten: fried chicken, clam chowder soup and even salad dressings. That basically leaves you with the healthy stuff, like those fruits and veggies you try so hard to avoid. As good as they are for your body, does anyone willingly choose a plain apple over a cookie?

Finding something half-appealing at your campus dining hall seems hard enough, now add celiac or a gluten-intolerance and suddenly your choices slash in half. No matter how gluten-free friendly your dining hall is, it’s still a challenge. “We have a tiny little gluten free station that has a designated toaster and bread, but that’s about it,” St. Olaf College junior Krista Viksnins said. “I have to text the chefs every time I want a meal, at least 30 mins in advance and I have to hope it’s something I like. When I’m served something I like, there is no problem at all. But if I don’t like my dinner that night, there is really no other option for me.”

Despite their reputation, gluten-free foods aren’t always your easy healthy eating go-to. “In general, gluten-free substitutes are higher in calories and sometimes lower in protein. Therefore if I eat two gluten free cookies, my non-gf friends can probably eat four because their cookies have fewer calories,” said Viksnins.

But not all gluten-free options suck. “I find that there are a lot of different options that make it easier like Cheerios or even chips,” said Florida Gulf Coast University sophomore Taylor Gilhauley. That’s right, some of your favorite childhood cereals and junk food get the gluten-free stamp of approval. You can also jazz up your alternative options. “Sometimes the food doesn’t taste the best by itself but if you add peanut butter or hummus it makes a huge difference,” said Gilhauley.

Although it may take a little more creativity, living the gluten-free life definitely offers its perks. “Eating gluten-free has led me to become more aware of the foods I eat, and the impact it has on my body. Also, it helps that I’ve always been into cooking and making food because it’s given me motivation to create my own recipes of gluten-free versions of foods that are not,” said University of Washington junior Andrea Tiffany.

Besides eating, gluten-free people deal with the stigma that surrounds this lifestyle. Thanks to the media, gluten free equals high maintenance, which really isn’t the case. “I became gluten-free several years ago, and people thought I was just jumping on that ‘healthy’ bandwagon when really I did so for actual health reasons,” said Tiffany, who discovered her gluten-intolerance after feeling sick for months. “Why is it socially acceptable to be lactose-intolerant as opposed to gluten-intolerant? I’m not going to apologize for asking what the ingredients are in a certain food. That’s only me making sure I don’t accidentally eat something that will make me physically ill for several days.”

If you have friends who can’t digest gluten, keep in mind that no matter how annoying it feels to try to find a restaurant where they can eat, it sucks more for them. “It is really annoying and offensive when people categorize foods as either ‘gluten-free’ or ‘normal’. It is not abnormal for things to be gluten-free. It’s called rice flour and wheat flour, not ‘gluten-free rice flour’ and ‘normal flour’. Normal is subjective. What about Sour Patch Kids? Are those weird and abnormal? Because last I checked they are gluten-free,” said Tiffany.

PSA: You don’t have to give up drinking just because you said goodbye to gluten. “Just because beer isn’t gluten-free friendly doesn’t mean there aren’t other drinks out there to keep your spirits lifted. My friends can go sipping their gluten-filled beer and I won’t mind because I’ve got other options like tequila, wine, champagne, rum, vodka…” said Tiffany.

Going gluten free doesn’t totally mean your life is over. So perk up, throw back a couple shots and keep in mind that you’re 10 times healthier than your friends.