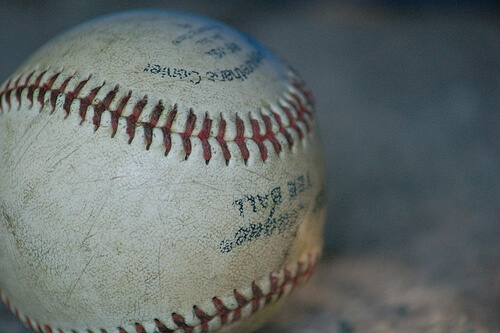 The events of last Wednesday night and early Thursday morning were everything Major League Baseball could have ever hoped for out of the last day of the regular season.

Now to keep it going.

The postseason started this weekend. It is the most important postseason in the history of the game. With all the momentum baseball gained with the epic collapses of the Boston Red Sox and Atlanta Braves giving way to the miraculous ascensions of the Tampa Bay Rays and St. Louis Cardinals, things are looking up for MLB. All of a sudden, people want to talk baseball just as much, if not more, than they want to talk college football or the NFL.

This has always been the case in baseball towns like New York, Boston and Philadelphia. But nationally? Hell no – at least not in recent years.

This is baseball’s shot to regain some of the relevance it has lost due to complaints about slow games, competitive imbalance, PED use, etc. People want baseball at this moment, and they expect it to be brilliant, riveting baseball. Now MLB has to follow through and give them that.

Can it happen? I tend to think so. In the American League, you can make an argument for each of the four postseason participants advancing to the World Series. Chances are it’ll be either the Yankees or Tigers, but Tampa and the Texas Rangers, the defending A.L. champions, have what it takes to get there. The teams in the National League not named the Phillies face a bit of an uphill climb, but anything can – and often will – happen in October.

The bottom line is this: for so long now, baseball has been hammered as an antiquated, boring game incapable of embracing the 21st century. And some of that is true. MLB’s digital philosophy is well behind the other major sports and any evolution of the game, whether it be instant replay or more postseason participants or television experiences, usually happen in the most awkward way imaginable.

But that doesn’t matter at this point. The table is set for baseball to come roaring back over these next few weeks. Now to make it happen.