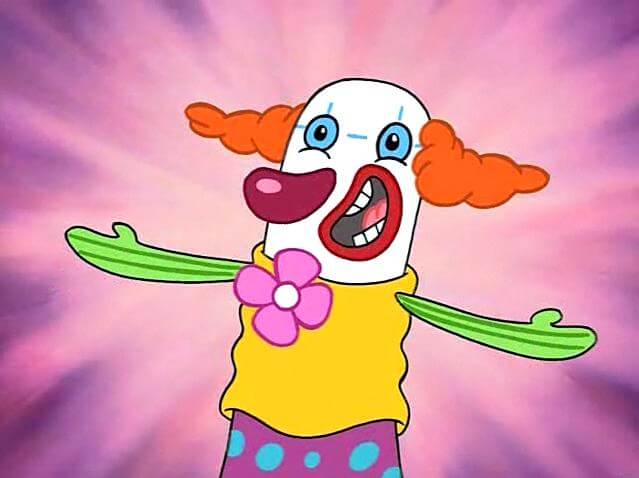 How to Avoid Getting Attacked By Clowns This Halloween

Brandon CordovesOct 28, 2016
Home » Latest Posts » How to Avoid Getting Attacked By Clowns This Halloween
FacebookTweet

This clown-demic has gotten out of control and they’re taking over the world one nose honk at a time. The clowns pop up in the woods, at Walmart and even in the presidential election. (Note: Those running for president happen to be a different breed of clown). This clown epidemic continues to get out of hand. When you arrive to a Halloween party you’ve waited for all semester, you’ll see a sea of clowns. If you encounter a clown this Halloween, knowing friend-clown from enemy-clown can save your life.

Before you start swinging your plastic pirate sword around at every clown, determine the amount of clowns at the party. Zero to two clowns means that some fool thought they’d flaunt their humor by throwing on the eerie costume. Eleven to 30 clowns mean that somewhere in the crowd a clown lurks as they wait for their unsuspecting victim. “If they are acting in a manner that causes a fear for personal safety or property, notify police without delay,” said Florida State University Police Deputy Chief of Police Major Jim Russel. “If the person is simply an unwelcome guest, invite them to leave. If they fail to leave or cause a disruption, notify the police.”

Once you find out how many clowns inhabit the same space as you at this party, get your ass into a small closet, bathroom or any room you can lock yourself in and create a fool-proof plan from the terror of banana peels. Be quiet, clowns can smell fear. Or is that banana cream pie? Anyway, draft as many friends as you possibly can into your hiding spot.

Once you feel safe and secure in your fortress, prepare for the long haul. You don’t know when and where the clowns plan on striking, but with good friends and alcohol, you don’t really care about the monsters causing mayhem outside. “Avoid a physical confrontation with a suspicious person. Relay as much information as you can to the dispatcher, and if necessary, leave the area of the suspicious person. Be sure to be as detailed as possible with dispatchers. Note that as you are speaking to the call taker, police are being dispatched simultaneously,” said Major Russell.

Ask Questions only a Friendly Clown Would Know

The only way to truly find out which clown costume won’t kill you and which will, ask questions only your friends would know. If they answer incorrectly to, “When is my birthday?” you face a 50 percent chance that you either have horrible friend or you’re in the presence of an evil clown. Your actual friends will hit you with automatic answers, meanwhile the enemy-clowns will either stumble around an answer, or choose to be silent.

If they decide to be silent, get the hell away from them ASAP. “The clown phenomena has taken on a life of its own. Safety precautions are the same as with any person in costume attire. The person’s actions dictate your response,” said Russell. “If they are acting in a threatening manner, contact police. Being dressed as a clown alone is not an offense or cause for concern.”

If you come to the conclusion that evil clowns outnumber actual partygoers, it might be wise to find a different party. Your safety supersedes that third shot which could be the difference between getting in a sticky situation and getting out of that place. Fret not, for Halloween never disappoints as the ultimate night for college parties, and the idea of there not already being an established backup party just sounds absurd. Clowns might have taken away the best party of the night, but they wont take away your buzz. Collect the accessories to your George Washington costume and ride out into the moonlight.

So you left the first party only to find that the backup party was overrun with clowns as well. Don’t bother assessing or hiding, because wherever you go clowns will follow. Your remaining two options—A: hit every clown with the Buzz Lightyear judo chop or B: become a clown yourself. Probably outnumbered at this party, too, I’d choose the latter. Much like the T-Rex in Jurassic Park, the clowns won’t be able to see you since you dressed as one of them. But you know what? Screw this. We’re all better off staying home and watching scary movies. Thanks for ruining Halloween, clowns.

Previous Post:15 Halloween Costumes Scary Less than $15
Next Post:How to Turn up on Halloween Without getting Hungover