Okay, you love writing. Step one: check. Next up: what exactly do you love to write? Paulina Isaac, a former College Magazine editor, knew before her career even started that she had a passion for pop culture. As a journalist, she didn’t sell herself short. Isaac gave herself the creative freedom to choose a pathway to follow. She used her college and post-grad years to test the virtual waters and discover her voice through different styles of writing. You’re young.

When else in your life will you get the opportunity to explore your creativity?

Take advantage of it while you can.

Now an associate editor at Us Weekly, Isaac stayed true to her roots and earned a career in print rather than digital. “It feels really special that I get to be a magazine editor in the way that I always dreamed of,” Isaac said. Don’t sell yourself short if you know what you want.

Allow yourself to stray from your freshman dreams.

At Temple University, Isaac played around with a career in political science. “As much as I was interested in politics, it wasn’t where my passion really lied,” Isaac said. She then started writing for Her Campus at Temple, reviewing movies nominated for the 2014 Oscars. “It didn’t feel like work to me,” Isaac said. “The tone you can have writing for entertainment and pop culture really came naturally to me.” While writing for Her Campus, Paulina also spent about nine months working as a staff writer for College Magazine before being promoted to an editor. Isaac took advantage of her college years by writing for different types of publications, eventually leading her to find her voice as a journalist.

I found what I want to do. Now what?

After you find your writing style, start asking yourself what you want to do next. Where do you go from here? Isaac started as an intern at Us Weekly in the summer of 2016 — her first job post-grad. Making $9 an hour and working four days a week, Isaac didn’t need to worry about paying rent while she was staying with her cousins who lived in New Jersey.

Get the most out of every opportunity.

Do not underestimate your time interning. Everyone starts somewhere, and that first job might make your next few smooth sailing. As an intern, Isaac experienced a once-in-a-journalist’s-lifetime opportunity — a red carpet interview with Ryan Seacrest. “I was told to ask him who he was dating, but he kept on dodging the question,” Isaac said. “I tried to ask him in different ways and then eventually I said, “Are you seeing anyone special?” and he said, “What’s your name?” After seeing Ryan Seacrest publicly flirt with her, Us Weekly knew Isaac was a keeper.

No matter how your first job goes, allow yourself room for growth and change. Isaac left her intern position when she got a full-time job as an editorial assistant for Bauer Xcel Media. She then went on to work at Viacom and came full circle after getting hired as an associate editor for Us Weekly in May 2019. Despite the title, her tasks primarily consist of writing.

The rare experiences didn’t end after Isaac stopped interning. Back at Us Weekly, she interviewed AnnaLynne McCord from the 90210 reboot. McCord’s team came to the publication because she wanted to talk about her sexual assault experience. “My editor knew I was a fan of the show and asked if I wanted to do it,” Isaac said. “It was my first and only Us interview that was a cooperative.” She knew she was under pressure to release this woman’s traumatic story, but McCord praised Isaac’s work and even shared it on her social.

Always take the next step and dig deeper.

Through her editorial career, Isaac levels up the face of pop culture and digs deeper to uncover the hidden ways of society. “I love to do pieces that are cultural commentary and criticisms,” Isaac said. In 2017, sexual assault allegations came out regarding One Tree Hill creator Mark Schwann. As a huge OTH fan, Isaac wrote an InTouch article to reflect society’s ideals. In “I Refuse to Let Mark Schwahn’s Sexual Harassment Allegations Diminish ‘One Tree Hill,’” Isaac reveals how she found herself and other TV fanatics in a position where they felt they could no longer support this show. “I love putting myself in the story,” Isaac said. She attempted to answer the question, “Can you still appreciate the art if it was done by a predator?”

Believe in your stories.

Isaac attempts to validate pop culture by writing about it. “I take it really seriously,” Isaac said. “I take celebrity news especially seriously, that’s the nature of the brand.” Even though there are certain things that appeal to the masses, Isaac loves learning about the process that goes into creating entertainment. She loved learning the business side of entertainment. Isaac took a class in college where she learned that ABC owns ABC Family (now Freeform) and ESPN and Disney. She was amazed at how there was a “small group of people determining so much of the media.” Isaac resonates with entertainment more than the average writer might. “When I was in school, I realized this is art. These are artists and storytellers.” Through her work, she makes that known. “I like reminding people it’s not purely entertainment or escapism.” 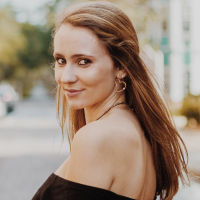 You Have a History Degree, Now What?
Next Post: How to See Madrid in One Week