You are here: Home / Life / The 10 People You Meet in Your College Gym

There is no doubt that college gyms are on the shortlist for best people watching venue of all time. In case you have doubts, here’s the shortlist:

Still have doubts? Check out this quick profile of the 10 people you will meet at the gym in college

This is the guy who, if you asked him where he was, may not actually realize he’s at a gym. Yet what he lacks actually physically exerting himself, he more than makes up in inexplicably knowing every single person in the vicinity.

Ms. Pre Spring Break probably made it a New Year’s resolution to get in the best shape ever, only to stop about two weeks later. More specifically, she stopped the second she discovered Dance Moms.

A month later, following a particularly “ugh…I can’t believe that I did that thing that isn’t a huge of a deal as I’m making it seem” type of night, she will proceed to freak out at the thought of Spring Break being two weeks away. Faced with only two choices—to go on a diet of strictly edamame and grapes or to work out every day until the big trip – she will hopefully choose the latter.

3. Rage Against the Machine

While we are completely unsure as to whether or not he is aware that sleeves are an actual thing, we are always sure when RAtM is in the building. No matter how far away we may be from the free weight section, his grunts and groans are audible from anywhere.

Although her inflated ego likens her looks to Kate Upton, this girl is undeniably attractive. Extremely attractive. Yet, as if that weren’t enough, this species will go to the great lengths to consistently wear one of the top 10 most revealing outfits ever to be worn at a gym.

Upon immediately entering the gym, exactly 50 percent of the gym will be unable to stop staring at her. She will likely then pretend to be confused, distraught and disgusted, and vent to a friend about how all men are “really gross” and that she wished she could just work out alone.

It is important to note, however, that working out alone would defeat the purpose as to why she attends the gym in the first place.

Because it’s apparently not enough to just work out. You also have to read an entire chapter of Kant while working out.

In order, these are Mr. Ultra Music Festivals primary motives for working out:

1. To make a siiiiickkk playlist
2. To #gethuge
3. To quote a line (or three) from Jersey Shore
4. To get something likely fried and undoubtedly unhealthy on the drive home, thus negating the effectiveness of his workout
5. To pretend not to notice someone he once hooked up with, but barely remembers because of all the SHOTTTTSSSS.

In Game 7 of the 2006, Carlos Beltran came up to bat with two outs in the bottom of the ninth inning. The bases were loaded, and the Mets were only trailing by one run. A single would’ve secured a Mets’ World Series berth and Beltran’s eternal glory. Yet tragically, Beltran was caught looking at the third strike and the Mets were sent packing.

The Carlos Beltran’s of college gyms also get caught looking, though not at a curveball – or maybe a curveball. There’s gotta be some girl/curveball metaphor somewhere out there.

8. Mr & Mrs. I Somehow Have My Priorities in Order

These are the people who, despite attending college, are on a schedule generally led by real people. This means that they somehow go to the gym before class. This also means that they are really serious about their workouts, may or may not be married, definitely act like they’re married and probably take spin classes.*

*This is merely speculation, as I have no idea if these people actually exist. That would require going to the gym at unspeakable times.

He’s a lot more in shape than you. He also will jump at any possible opportunity to take his shirt off. This time of year it’s best to keep him in the gym, as his presence at social gatherings will generally lead to him talking about a sweet new workout regime he’s doing, followed by some drunk girl asking to punch his six pack, followed by you hating yourself for eating a whole pie of dominos the other day.

Ready to hit the gym in college? You’ll a tank top. 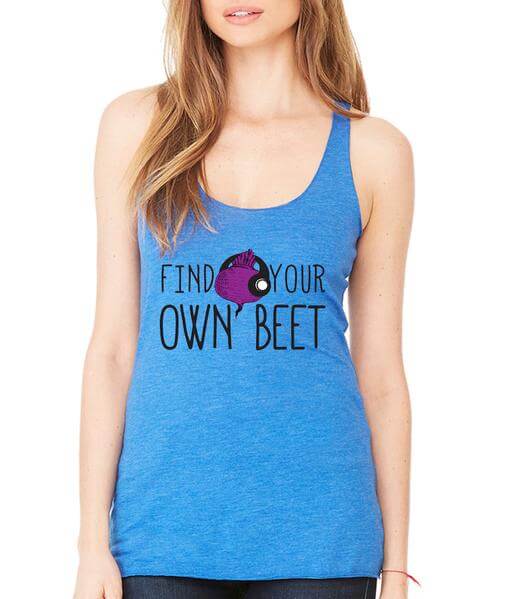 Rutgers Newspaper Defies Every Journalistic Standard Known To Man
Next Post: Why we love celebrity slip-ups