You are here: Home / Life / Entertainment / 10 Women Centric Books to Add to Your Summer Reading List

If you need a new book to read in between classes or to just entertain and keep you sane in the summer lull between semesters, look to these 10 badass women writers. Books by and for women formerly existed as an inconceivable idea. Ladies, from trailblazers in male dominated work fields to disregarded women living unnoticed lives, now tell their stories. Today we observe not only books written by women, but books that treat women like dynamic people and depict the meaning of womanhood.

Why not celebrate that by reading one of these books for women written by strong females?

If your sophomore year high school English teacher didn’t already force you to read this classic, pick today to reckon with that mistake. Zora Neale Hurston introduced one of the first strong black women in a protagonist role in literature, which audiences initially rejected the novel for. But as decades passed, society came to praise Their Eyes Were Watching God for depicting the complex and painful side of love shared between multifaceted black characters in a burdensome era. The novel follows Janie Crawford through three marriages, grappling with death, abuse and self-discovery in the American south. “I liked that she made all the characters complicated people in gray areas and not always exactly good or bad. Especially Janie and how she has to grow and learn from years of good and dramatic experiences,” poet and student Annie Neugebauer said. Hurston was unappreciated for most of her life yet still inspires other authors to write stories about strong women.

Alice Walker’s novels sit among the likes of Maya Angelou, Toni Morrison and Lorraine Hansberry. But don’t pick up a copy of The Color Purple only for the acclaim. Works like The Color Purple or Sula or Their Eyes Were Watching God played a vital role in depicting black women in literature as strong despite all odds. This novel tells a sometimes horrifying yet always mystifying story of a young black woman, Celie. She survived the absolute worst life could throw at a young black woman in the 1940s, yet came out on the other end. It tells a story about pain and inexplicable hate. But what overpowers that is the story of queer love, platonic love, love between sisters, love for religion and love among the ones who look like and understand you best. Buy this book with a box of tissues.

Sometimes your best bet for learning about feminism is to dive headfirst into unapologetically feminist literature. Feminism doesn’t just subtly appear as an important theme in Roxane Gay’s essay collection, it shows up in the tagline—you can’t ignore it. You also can’t ignore the nuance, touchiness and complication of the topic. But Gay confidently handles it with trademark intelligence and humor. Her collection of essays explores numerous hot topics through her eyes—politics, representation in film and self–image. Gay even discusses the way we assign genders to colors. In life, most people won’t hold your hand and teach you how the world works, but Gay will at least invite you along her journey to understand the world.

Not every woman-centric fictional story needs some sort of race against time or murder mystery to be breathtaking. The iconic Virginia Woolf explores complexity in simple relationships, the politics of marriage and the life and expectations of women. “I feel like she almost writes to a beat. The book is written in a stream of consciousness style and the character’s mind will wander sometimes. But it’s not that hard to follow and all the characters that the story follows have all these really well fleshed-out roles in the plot.” Temple University junior, Erin Wright said.  On its surface, Mrs. Dalloway seems to just follow a boring story about a woman planning a party. But the reality of this book is a vivid, intimate account of the thoughts of a complicated, thoughtful woman stuck in the role of a hostess and wife. This literary masterpiece contains some of the most well written prose found in American classics.

Some autobiographical essay collections take themselves extremely seriously because chronicling life as a woman in the 21st century can be heavy business. But writer of the blog “B*tches Gotta Eat,” Samantha Irby, explores herself in a much more easygoing light. In “Meaty: Essays,” Irby handles her anecdotes of adulthood brutally, defiantly and honestly, but lightheartedly. Her writing on depression, body hair, social media, relationships and tacos reads like talking to the funniest girl friend you have—crass, witty, hilarious yet honest.

6. Where the Crawdads Sing – Delia Owens

If you thought you were a weird kid, think again. Delia Owens’ New York Times best seller depicts a story of a young girl surviving a truly unusual childhood in a small town that pushes her away for it. Set in late 1969, a North Carolina golden child is found dead and local fingers immediately point to our main character, an abnormal young girl living on her own in the marshes of town. After being forced to make a life for herself, she gets dragged into a courtroom drama for no other reason than her unconventional, strange childhood. Through the eyes of a self-sufficient lonely child, this novel tries to see the beauty in traditionally unassuming things in life—growing up, southern small towns and nature.

Not everyone jumps at the chance to read long non-fiction, but Tara Westover’s story might change your mind. Her autobiography chronicles her leaving behind her life in a survivalist family to becoming an academic at two world-renowned universities. Educated follows Westover from her youth with a family of religious survivalists secluded in the mountains of Idaho to her first experience in a classroom at 17 years old. From this first brush with education, Westover’s life takes a positive turn, eventually earning her a PhD at Cambridge University. Despite the abuse she faced as a child, she still struggled with returning to her family and their way of life. Women like Malala Yousafzi, Ruth Bader Ginsburg, Tara Westover and others throughout history taught us that knowledge is power and women deserve the best opportunity to get that power too.

8. Half of a Yellow Sun – Chimamanda Ngozi Adiche

You might already know this author from her feature in that timeless Beyoncé song or her fantastic TED talk, but her fame comes from her poetic prose and depictions of life in Nigeria. World famous feminist author, Chimamanda Ngozi Adiche, writes fiction about the lives of African women with a unique intimacy like no other bestselling writer of the last decade. Half of a Yellow Sun explores the lives of five complex characters navigating southeastern Nigeria in the midst of a violent independence movement in the 1960s. Through Adiche’s lush writing style, we open our eyes to a decade in history in an often disregarded nation.

If you want to appreciate female triumph from more of a fantastical gaze, check out Madeline Miller’s stories. From the writer of the queer retelling of the story of Achilles in The Song of Achilles, Circe offers a retelling of the goddess of witchcraft. Her dynamic story includes Zeus banishing her to a deserted island, training herself in the occult, taming wild mythical beats and finding herself at odds with both regular men and powerful Greek gods. Madeline Miller has a talent for depicting these centuries old mythological characters past their superficial base level. Circe isn’t just the kooky trickster goddess responsible for turning Odysseus’s men to pigs in The Odyssey—she deserves better characterization and Miller gives her that.

In the midst of today’s #MeToo era, consider delving into the story of one of the foremothers of the movement. In 1991, Professor Anita Hill became one of the most notable women who publicly began the conversation on reckoning with the terrible treatment of women. 26 years before Harvey Weinstein’s outing as a sexual predator by multiple formidable actresses, Hill testified against Supreme Court Justice Clarence Thomas before the Senate and in front of America’s judging eyes. The reality of the plight of women throughout history is harsh, and in Hill’s case, the reality of sexual harassment of women in the workplace—the least we can do is know and understand it. There’s no better time than now to learn about the fortitude of Anita Hill coming forward with the truth in a time when no one wanted to hear it. 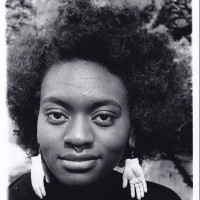 College: The Good, the Bad and the Ugly
Next Post: 15 Hulu Originals You Need to Binge Now