We all do hilariously insane things during college. But some people do bigger and funnier things. And they get their entire campus to follow them. Nutty traditions are born, and they become cherished parts of the college experience.

Keep reading for 10 bizarre and sidesplitting traditions practiced by colleges across the U.S.

The students at Barnard College must be piranhas because they love going into a feeding frenzy. The food in question: the Big Sub, a sandwich over 700 feet long. The Big Sub is divided into sections featuring different fillings. When constructed every October, it takes up several blocks on campus. The student body then gathers near their preferred sections and attacks the sandwich. Within 10 minutes the whole Big Sub is destroyed. No one seems to know how the Big Sub came about, or what it means.

When the first snow of the year hits Virginia Tech, snowball war breaks out. Two armies of civilian students and cadets rush to the Drill Field and begin hurling snowballs at each other en masse. The snowball fight lasts until one side surrenders, but the cadets’ forts (and sometimes air soft cannons) usually give them an edge over the civilians. However, numbers won in the latest snowball fight, with over 1,000 civilians breaking the line of a few hundred cadets. Snowball fights have happened at Virginia Tech for a century, for the simple reason that it’s pure, joyous fun.

If the Grim Reaper walks into a classroom at Emory University, it means school’s out. Dooley is a model skeleton and the unofficial mascot of Emory. For one week in April, Dooley has free rein to cause havoc. Played by a student in a skeleton costume, Dooley dismisses classes by entering the classroom. Students are then free to attend on-campus concerts, participate in scavenger hunts and soak up as much school spirit as they can. Dooley’s first appearance among the living was in 1899, when he wrote a letter to college publication The Phoenix. Dooley became extremely popular. Today he has multiple degrees and the nickname “Spirit of Emory.”

In March, monsters attack Cornell University. Every year, freshman architecture students build a gigantic dragon. The Friday before spring break, they unleash the beast. The architecture students put on costumes and parade the dragon around campus. But their longtime rivals, the engineering students, prepare an attack animal of their own: a huge phoenix. Dragon and phoenix fight to the death, and everyone cheers. It’s Pacific Rim College Edition. Dragon Day began in 1901, when student William Dickerman Straight decided the College of Architecture deserved a day to celebrate itself. He picked St. Patrick’s Day, inspired by a myth of the saint driving snakes out of Ireland. He led a group of students in carrying a small dragon around campus. The dragon eventually grew bigger, reaching its current size in the 1950s.

“2400 calories, 12 doughnuts, five miles, one hour” is the mantra of this gutbusting tradition. Once a year, students race from campus to a Krispy Kreme donut shop two and a half miles away. When they arrive, they perform the simultaneously disgusting and glorious act of eating a dozen original glazed donuts in one sitting. When the donuts are crammed down their gullets, the racers run another two and a half miles back to campus. The whole race and gorge session must be completed within an hour. Lots of vomiting probably ensues. But it’s for a good cause. Ten friends started the Krispy Kreme Challenge as a dare in 2004. The idea caught on, and the race became a charity fundraiser for the University of North Carolina Children’s Hospital.

Do you enjoy falling in a mud pit and being hit by volleyballs? If you answered yes, sign up for Oozefest, one of the largest mud volleyball competitions in the country (yes, really). Each May, students form teams and wade into the local mud pits to play volleyball. Roughly 1,500 students and outsiders played in the 2018 Oozefest. Oozefest was founded in 1984 as a way to build community and relax before exams. Now it’s a major event. Teams must register for spots in the mud. Players get t-shirts, trophies, snacks and gift cards. That goes to show, college students really will do anything for free swag.

If you think tug-of-war seems easy, you don’t attend Hope College. A huge tug-of-war game called the Pull happens every September. Eighteen freshmen face off against 18 sophomores, each team standing in a deep ditch. The pullers get three hours to drag the massive rope (the 2013 rope weighed a thousand pounds) towards themselves. The team that ultimately holds the most rope wins. Students have even broken ribs and injured backs and knees for the sake of victory. Despite the danger, the Pull has been going strong since it started as an afternoon game in 1898. Students love the friendships with teammates it creates.

How do you celebrate when your football team wins? The Florida Seminoles party by stealing some dirt. The Seminoles celebrate “sod games” (wins in road games where they go in as underdogs, home games, ACC title and bowl games) by taking a chunk of sod from their opponent’s field. Then they bury it in the official Sod Cemetery. Located by the practice field at Florida State University, the Sod Cemetery holds over a hundred sods, each buried in a cute little coffin underneath a bronze headstone with game statistics. The Sod Cemetery began in 1962, when athletics board member Dean Coyle Moore told the Seminoles to beat the Georgia Bulldogs and bring back some sod from between the Georgia hedges. After an 18-0 upset victory, team captains Gene McDowell and Red Dawson brought back the first dirt.

The Penn State IFC/Panhellenic Dance Marathon (confusingly abbreviated to THON) doesn’t tolerate quitters. Every February, student volunteers start dancing. They don’t stop for 48 hours. This is the longest dance marathon in the country. It can be incredibly painful for the participants (and maybe for the viewers, depending on the skill level shown). THON started as a game in 1973. It snowballed into the world’s largest student-run philanthropy. The dance marathon is used to raise funds for pediatric cancer, raising over $146 million since 1977.

The band plays, the third quarter begins and thousand of slices of toast soar majestically through the air. What? In the 1970s, UPenn banned alcohol at sports games, ending the tradition of downing a toast when the band played fight song “Drink a Highball.” However, inventive students began hurling burned bread when the song called for a toast. The crowds loved the literal interpretation. Today students enter Franklin Field with stacks of toast. The toast makes quite a mess, necessitating the creation of the best device ever: the Toast Zamboni. 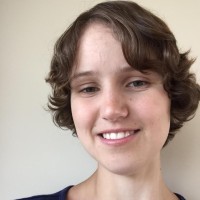 The Top 10 Dorms Every FSU Seminole Wants to Live in
Next Post: How to Give a Friend Relationship Advice When You Know They’ll Do the Opposite