Shop now
Home » Latest Posts » I’m Just Not that into You: 10 Ways to Let Him Down Easy
Life

I’m Just Not that into You: 10 Ways to Let Him Down Easy

The first date was fun, but the second proved nothing short of mediocre. Actually, grabbing lunch at that obscure hipster place downtown just plain sucked. There was no Nicholas Sparks moment. That playful personality turned out to be immaturity. That cute T-shirt he wore to the party? He’s still wearing it…and it’s stained. Oh, and that phone you typed your number into? He won’t look up from it. This boy has got to go. Don’t waste time planning a third date. Allow us to plan your master escape.

1. Wait for the Date

Pro: He initiates the process

Con: Drags it out

Waiting for the date is simple and effective. When he hits you up to make plans for the next Chipotle date, turn him down (even though burrito bowls beg to be devoured). Putting off the rejection keeps a friendly relationship because there’s no awkward conversations when he drops you off. Instead, wait for him to make the next move, and that’s when you get real. Even if you’re completely free the night he asks you on another date, what’s the harm in making up excuses? You do it all the time when a professor asks about your homework. 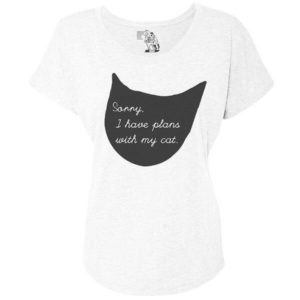 As he walks you to your dorm rambling about how great the night was, every word he says makes you feel worse. You can’t go on like this. You have to tell him the truth, face-to-face. “I would want her to be completely honest with me about why she feels I’m not right for her, that way we can both walk away with some dignity,” Fashion Institute of Technology freshman Mason Auman said. Having the balls to be upfront will give him mad respect for you, girl. Suck it up and lay it down: you’re just not that into him.

You can’t work up the guts to say, “boy bye,” to his face, and you can’t handle waiting for him to call and ask you on another date–you might have to pick up the phone yourself. This technique is fine but certainly not foolproof. You run the risk of getting his voicemail, and that isn’t a message you want to leave. Flashback to Joe Jonas’s 27-second breakup with T. Swift circa 2008. You’re delivering bad news, and it sounds way worse after the beep.

Pro: Even less awkward than “Hit His Line”

The thought of even hearing his voice when you break the news is devastating, I know. Maybe you should text him. A classic “it’s not u it’s me” text complete with teary-eyed emojis does the trick. Beware: you might come off as heartless. “It doesn’t require any emotion or guts to say something over text,” University of Kentucky freshman Collin Latsko said. Even if the two dates seemed like nothing to you–all you did was eat at the dining hall, wtf?–there’s still a chance he caught the feels. Texts are impersonal, so they should be one of your last resorts.

Con: It could be too subtle

Your social media addiction can finally be put to good use. Post loud and proud on Twitter, Insta, Snapchat and even the ancient relic of Facebook about how glad you are to be single. You need really cheesy word art phrases like, “I’m focusing on me, myself and I.” Not only will you get retweets from your fellow independent sistas, but the boy will, hopefully, get the message that you’re not looking to put a ring on it. “If I saw a girl was happy being single, I would assume our dates hadn’t gone well, and I would stop pursuing a relationship,” Penn State University freshman Nick Zuchelli said.

Pro: Say everything without saying anything

Drunk you swiped right on a guy who now makes you regret even having the app. Unmatching proves quick and painless, and he’ll get the hint right away. But this simple solution only works with your Tinder dates. If you met him through any other dating site a similar process could apply. If he slid in your Twitter or Insta DMs, just hit him with the unfollow.

Pro: Someone else does the dirty work

Con: You might not love how the job gets done

Adopting this game show tactic works best if you two hang out in the same group. If you can’t work up the nerve to tell him using any of the several ways previously mentioned, ask a friend to do it for you. When the time comes to pick who to tell him, choose wisely. The conversation should seem casual. Pick someone who can carry your message with honesty and sensitivity. Remember, you lose some rights when someone else does the job, like the right to know exactly what he said and the right to ever ask him to hang out again. But if that’s a risk you want to take, go ahead and phone a friend.

Con: Drags it out

The second date made you want to pull your hair out, yet you agreed to a third. Why? Because you’re scheming to set him up with another girl. Casually in a conversation over Applebee’s appetizers, mention that other cute chick from your lit class or how your roommate Amanda would be so into him. Help him further and tell him you gave Amanda his number. You love being his friend and want to see him happy, and Amanda could make him happy. Very subtly, you imply previous “dates” were nothing more than “hanging out.”

Con: There can be confusion

“Cutting something off doesn’t mean you can’t be friends,” University of Alabama sophomore Eric Aulbach said. Maintain a friendship despite ending the pursuit of a romantic relationship. You’ll still hang out with the guy, just less frequently. You’ll still text him, but probably in a group chat. You’ll still Snapchat him, but you might only send the one you already posted on your story for everyone to see. #SorryNotSorry

Some guys still don’t get it after 10 unanswered texts, five missed calls and too many Snaps sent with no reply. If this sounds like your guy, you may have to go ghost. This could be tricky if there’s only one way to walk to the gym and you’re forced to become Christopher Columbus to discover a new path. Avoiding him doesn’t exactly put a clean end on things though. “It is always mature to let someone know in some way why you’re not interested,” Drexel University sophomore Ricky Mangerie said. Ghosting leaves him with no closure. Before things get desperate, let him know how you feel soon after a date goes awry.

RaeAnn is a freshman at Ohio University studying journalism. She is very fond of French onion dip, cats, and tweeting her feelings.