You are here: Home / Life / Academics / 10 Ways to Explain That C-Minus to Your Mom

Russian class was a dark time in my life. I was like a character in a Russian novel ⎯ full of emotional angst ⎯ except I was unable to speak or understand the Russian language.

On the first day, when I learned that in Russian “B” was pronounced “V” and “P” made an “R” sound, I knew I was in for a treat. I was able to hang on freshman year and make decent grade, but sophomore year was when it was finally time to have The Talk with my mom: I had received a C in my Russian class. Like a great Russian leader, I wanted to rewrite history and pretend it never happened. Unfortunately, I knew it was time to just fess up. So when you’re home for the holidays and your mom wants to know why you got that C- in organic chemistry, here are some ways to avoid a lecture.

This was the point I emphasized the most. What do they call a person who graduates last in their medical school class? A doctor. Unfortunately for me, a C meant that I was promoted to the next level of Russian class.

Should you tell your parents at all? Carly Dumbauld, a senior at American university, recommends not saying anything. “I just don’t feel we need to tell them.  We’re college students. If I get a bad grade, it’s on me,” Dumbauld said. However, if the grade is making you ineligible for scholarship money or internships, it’s much harder to hide.

3. …Or, maybe Sooner Rather Than Later

Sometimes hiding can come back to haunt you. “You just have to be upfront,” said Beth Dunne, a junior at American University. “The sooner you tell them the better. If you hide it to the end, they’re gonna freak.” It’s a lot like when you broke something as a child (in my case, the clock my mom got for her anniversary). You get in much more trouble trying to cover it up.

4. Emphasize how hard the class was

This especially works if the class is out of your mom’s area of expertise. If your mom’s an engineer, she might not be very sympathetic to you failing calculus–but if she’s a journalist this will definitely work. Neither one of my parents know Russian, so I proved my point by showing them some Russian texts.

When listing off your grades, sandwich that C- between two really good grades. “I got an A in math, a C- in Russian and an A in computer skills.” Psychology teaches us that people tend to pay the most attention to the first and the last items in a series. Moms tend to hear everything, though, so there’s no guarantees.

Make it sound much worse than it is. Saying “Mom, I have something to tell you,” in your most somber voice might actually make her feel relieved it was only a C- and not a D.  This works in other circumstances as well, like when you accidentally spend $200 on Etsy.

If you’re not too embarrassed about the grade, bring it up in front of other people. Parents are a lot less likely to cut off your financial support when other people are in the room.  Alternatively, they could be so embarrassed that Aunt Jane knows their child got a C- that you might be in even more trouble when everyone leaves. Proceed with caution.

8. Turn on the water works

Cry. Even though you’re an adult, sometimes crying still works. Crying occasionally works for me, but it can quickly become annoying if overused.  Don’t ever try this in front of a boss.

9. Use it as a bonding experience

Has your mom ever gotten a bad grade? Does she want to rant about an old professor? Likewise, if your C- was in your mom’s chosen field, ask for her help. I never knew how enthusiastic my dad was about chemistry until I asked him to help me in high school (he got sidetracked and spent two hours talking about how great atoms were).

Say you tried your best. Promise to do better next time.  “My parents know I work my butt off,” said Hannah Sherman, a junior at American University.  “As long as I have a plan, they’re okay.” Out of all the items on the list, this is the one I’ve found most beneficial. 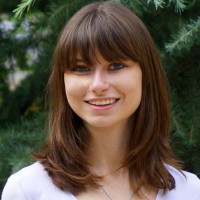 Hello, Sperry’s! A Californian Copes with Midwestern Life
Next Post: Gen Eds: Not So Pointless After All