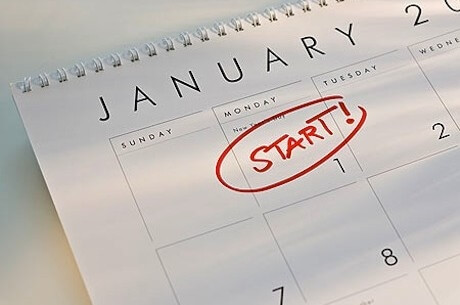 Since the world didn’t end on December 21st, it looks like we’re going to have to make New Year’s resolutions. Let’s all be honest with ourselves this year and not say we’re going to eat better or go to the gym, let’s avoid the pain of justifying a pizza and beer diet. Here are 10 original resolutions that you might be able to stick to.

1. Get a job and/or internship. That’s right class of 2013; January means May is only four months away. Time to polish your resume and trade in the sweatpants for a suit. This is easier said than done, depending on your major but have faith, history majors!

2. Put the cell phone away at dinner. It’s sad to see a bunch of “friends” at a restaurant buried under a sea of iPhones. Resolutions are a lot more doable with a few friends. Here’s a trick to keep everyone honest: have all your friends put their phones in the middle of the table at the beginning of dinner. The first person to cave and reach for his or her phone first has to pay for everyone’s dinner. Journalism majors get a free pass, obviously.

3. Study abroad. If you’re abroad this semester, mission accomplished! For those of you who haven’t been abroad yet, this might be your year to do it. Keep an eye out for summer or winter programs (they don’t all have to be a whole semester long); you will have the time of your life.

4. Learn all the words to at least one song. Not just the chorus, the entire song. This is even more impressive if there’s a rap involved. It automatically gives you authority at any party.

5. Learn a goofy dance from YouTube. The Wobble, Soulja Boy, Cupid Shuffle…. take your pick. Just learn at least one.

6. Watch an Academy Award winning film and pretend to like it. We could all use a little more culture in our lives. Watching a critically acclaimed movie takes up (at most) three hours and gives you brownie points with your hipster friends.

7. Go to a wine tasting. Since we’re talking about being more cultured, there’s no better way to do it than with alcohol.

8. Get retweeted by a celebrity. It’s time to expand that Twitter page beyond just a list of Instagrams of your meals. Make your web presence quirky and tag your favorite celebrities. Who knows, maybe Ashton Kutcher has some free time between flights and actually reads it?

9. Learn to be Don Draper. If the job thing doesn’t work out, put on that suit and go to a wine tasting — two birds with one stone! Or, get some tips from this SNL sketch.

Previous Post:You Got Me Open: CM Interviews singer Sarah Hackett
Next Post:13 Resolutions for a Successful 2013