You are here: Home / Life / Academics / 10 Lessons I Learned at Sundance

The Sundance Film Festival: (def) a haven for film students. Aspiring directors, famous celebrities and hopeless cinephiles populate the popular festival, second only to the world renowned Festival de Cannes of France. This year I had the honor of attending the festival alongside two professors and 25 classmates with the University of San Diego Communication Studies department. Between our crash course in independent film and first-time festival experience, I not only learned all about the indie film genre, but about how the alternative forms of storytelling relates to the college experience.

1. The World Is a Small Place

Claudia*, a Chicagoan woman, came to Sundance for the third year in a row with her friend Norma. I had met the two women in line for a Shorts Program with a USD classmate. After some small talk, I lost sight of the women once we miraculously entered the dark theater. Then, a mere 15 hours later on a 7 a.m. bus, I heard a voice call out, “Hey, a familiar face! Don’t sit too far.” This time I caught their names, and we discussed our reactions to yesterday’s screening. Turns out Claudia knew the director of the first short film that was screened, although she had no idea she would be seeing him or his film. The director of the semi-autobiographical four-minute flick How to Lose Weight in 4 Easy Steps is an SNL writer who grew up in her hometown and was part of her kid’s carpool group. Sundance may be the biggest film festival in North America, but the world sure is a small place.

*Name has been changed due to the horrific lapse of my sleep-deprived memory.

Sundance? More like Snowdance. Not all Sundance newbies are unfamiliar with snow, but my San Diego classmates and I definitely enjoyed the change in scenery (along with purple hands). Although Park City escaped the trending #snowpocalypse, the falling snow was enough to cover the slopes for skiing and snowboarding classmates, as well as provided the appropriate setting for the best snowfall of 2016.

3. Jim Halpert Is Even More Handsome in Person

After attending a Cinema Café panel at the Filmmaker’s Lodge, I felt as flustered as Pam as I came face to face with Jim from The Office. John Krasinski’s interview proved he is even more hysterical and genuine in the real world. I could barely function as I snapped a photo of him and my friend togther. Forgetting how to work the lens of my DSLR Nikon, I backed into a row of fold-up chairs. As I struggled to take the picture, Jim (I mean, John) laughed and noted “Big lens you got there.” Inspired by the octopus metaphor (Seriously, go watch the interview), I decided to transform the joke into a false metaphor to survive the semester. Maybe “Life is like a lens…” or along those lines.

…Or maybe even more. In the wait list line, you are a number, not a person. Your humanity escapes you. The numbers are randomly assigned; the predictability of your entry into the film is completely unknown. If you are 30 seconds late for the 30 minute cutoff, you’re done. People are vicious, and will not be afraid to send you to the back of the line with the rest of the peasants. When my fellow classmate arrived to a showing at 2:01, she was greeted with a friendly “F–k no” as she tried to push her way toward her spot in line. Wait listing for classes is a learned skill; wait listing for films is an art form.

5. Films (and Life) Don’t Always Have a Happy Ending

One of the most common features of the independent genre is a lack of a happy Hollywood ending. Indie films are notorious for not delivering the picture perfect ending you crave. Many of the films we screened in class and at the festival left an unsettling feeling in my stomach. While initially these plot twist endings may make you want to throw your shoe at the screen, consider the reasoning behind these unsettling conclusions: Life doesn’t follow a script, and superficial predictability doesn’t sit well with indie values.

The hatred for out-of-towners is universal and local Park City, Utah residents are no different when the Sundance rolls to town. Ironically, the film festival sprung up in late January to fix the tourist lull after the holiday rush on the slopes. Regardless of the festival’s origin, if you come to town, locals will hate you. They scream at you from their car and try to hit you if you’re too slow crossing the ice-ridden street. When walking to lunch one afternoon, a city bus zoomed by and splashed my friends and me with an unfortunate avalanche of dirty water. Park City has no chill for snow-virgin tourists.

7. Be Thankful for Your Flaws

The documentary Notes on Blindness details the experience of British theology professor John Hall losing his eyesight. Initially the film makes you value your eyes in a whole new way. However, through Hall’s progression into darkness, he starts to understand the disability in a completely new light. His blindness makes him more in tune with the people, places and things surrounding his other heightened senses. Toward the end, Hall concludes his blindness is a gift from God—not a gift he asked for or particularly wanted, but a gift he needed to figure out how to use to his advantage. Watching Hall’s narrative and cinematic journey grants you a whole new appreciation for your life, even when you’re drowning in caffeine and college assignments.

8. Sleep is a valuable resource.

My “Off-Peak Hours Pass,” formally called “The Adrenaline Pass,” got me into films showing before 11 a.m. and after 10 p.m. This lead to a lot of midnight screenings, followed by 8 a.m. morning viewings. College students are pros shotgunning a Red Bull before a morning lecture after a night out, but surviving on zero sleep in a new, cold city made me appreciate the few hours I had to rest between the sheets. Also, while the afternoons may be great for naps, naps don’t often agree with a Finch coffee at Atticus Café, so choose your poison wisely.

9. “Spoiler Alert: It Will Happen to You”

During the Q&A for the film Other People, the director joked about the incredibly serious topic of death in the family. The American dramatic film mixed comedy and drama in a beautiful web, causing the audience to laugh and cry along with the film’s cast and Sundance neighbors. The director and writer Chris Kelly, known for his SNL skits, relied on his own experience to deal with loss of a parent to cancer through cinema in a meaningful way. After humbly fielding raving comments from crying audience members, Kelly gave us this tidbit of advice that traveled home with me: As college students, we often feel invincible, but tragedy will touch us at some point. We have to learn to laugh through the pain and lean on one another to cope through the hard times.

10. Life Is All of Our Stories

After fighting through the wait list, I managed to score a seat for the documentary Life, Animated, a film about an autistic boy’s journey of relating Disney films to his daily experiences. After the credits rolled, the entire family came out on stage, greeted by a standing ovation. As I walked out of the theater, I shook the hand of Ron Suskind, Owen’s father and a Pulitzer Prize-winning journalist. A bit emotional and star-struck, I uttered in the most confident voice I could muster, “Phenomenal story.” He nodded and smiled, moving on to the next fan in line. However, as I was walking away, he turned back to reply, “It’s all of our stories.” Life is a complex collection of experiences, and we are the sum of the stories we share with the people close to us. In both film and in college life, stories connect and merge in ways we may never imagine. Maybe that’s the magic of cinema. 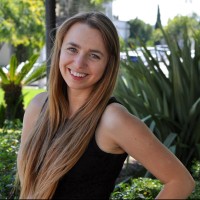 Sara is a senior at University of San Diego, majoring in Communication Studies and majorly unprepared for post-grad life. When she's not writing, she enjoys poorly playing ukulele, thrift shopping with Macklemore and drinking iced coffee out of teacups.

CM’s Guide to the University of Georgia
Next Post: Top 10 Colleges with the Best Snow Days