Even though we all binge watch Netflix and sleep in like hibernating bears after the fall semester ends, that gets boring pretty quickly. You saw winter break and the holidays as the light at the end of the tunnel, but by the time January rolls around you go stir crazy. Luckily, schools like Oberlin College uphold the slogan, “Learning and Labor” to solve this problem: Winter Term.

Oberlin’s unique program gives students an unusually long winter break, spanning from the week before Christmas to the beginning of February. Nothing is free, so in exchange for all of this free time we get our butts to work. Students are expected to participate in special projects for three of the four years that they attend Oberlin.

Winter Term encourages students to explore academic interests outside the lecture hall, like learning papermaking or traveling to London to study theater performance. During January, students complete either individual or group projects of their choice, on or off campus. Students get the pleasure of taking on projects as intensive as a month-long compressed version of Russian 101, or as fun as blogging about favorite TV shows. People take the time to do research with professors, volunteer with a community group, learn a language, pursue a hobby or even take a road trip across America. Seriously, the possibilities are endless.

Andrew Santiago, an Oberlin freshman studying biochemical engineering and classical flute performance began working with his biochemistry professor, Catherine Oertel, in her lab. In the lab, he explained how he gets hands-on experience in synthesizing hybrid organic-inorganic molecules.
“We just took a look at our first try with the new compounds, and crystals formed, so hopefully we’ll have made a new molecule on our first try,” Santiago said.

While some like to work in the lab, others want to get some hands on experience in places without petri dishes. Shadowing gets you a jump start to your dream career, especially for sophomore Megan Letkeman who organized her own project with an Oberlin alumna.

“My project is called Women’s Health Careers,” Letkeman said. “I am interested in being an obstetrician-gynecologist, so I am shadowing an ob-gyn, several nurse midwives and an ob-specialist in the Cleveland area.”

Letkeman also plans to meet with the Oberlin alumna to organize a women’s health careers panel at Oberlin where they would bring the people she’s shadowing to campus to talk about their careers.

Interested in traveling? Sophomore and Environmental Science and Biology double major Emily Stanford  is taking her work off campus with a two-part project. For the first two weeks in January, she’s volunteering with Save the Bay in San Francisco, California to get experience with field techniques and data collection.

“So far we’ve been restoring a wetland, which has meant digging up and planting plants in the mud—in terribly rainy weather, but it’s still fun,” Stanford said.

After her volunteering ends, she will spend the last half of January at home in Texas, where she will read academic ecology journals on different concentrations like marine, disease or forest to help her figure out what kind of a field she would like to do in her future.

Doing work in the states isn’t far enough for you? Fear not. Freshman Eydon Thomashow trekked with her family to Guatemala for her first Winter Term project. She’s taking advantage of her getaway by studying under the tropic stars and examining the history of astronomy and its influence on early civilizations. She plans on investigating the evolution of astronomy until Galileo.

“A lot of it is looking at the intersection of astronomy and astrology, including religions, superstitions and fortune telling,” Thomashow said. “I really just want to get a better idea of the history of astronomy, since in physics we really only here about post-Galilean astronomy.”

Thomashow appreciates how Winter Term gave her the chance to explore a part of astronomy that Oberlin’s coursework doesn’t offer, further kindling her academic passion for space and the stars above with her own inquiry.

Now I bet Oberlin is making your school’s two-week break look dull in comparison. Winter Term allows students to gain experience, travel and to find themselves in ways that the classroom can’t quite do. Why hibernate the winter away when there’s so much to grow from and explore?

Melissa Harris is an Oberlin College sophomore. She’s an athlete, artist, pianist, writer, and proud biracial Filipino-Swedish American. She’s a sucker for cute animals, warm cups of tea, and the soft sound of raindrops on windows. 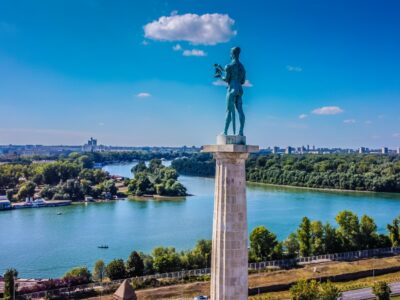