You are here: Home / Party / Halloween / Top 10 Scary College Movies
It never gets old watching fresh-faced college students struggle to survive the torment of an unknown serial killer. With Halloween just around the corner, there’s no better way to celebrate than with a good scary movie. So call up some friends, grab the popcorn, and make sure you don’t let your feet hang over the couch as you watch these thrillers.

1. I Know What You Did Last Summer

A cult classic staring an incredible nineties heartthrob cast including Jennifer Love Hewitt, Sarah Michelle Gellar, Freddie Prinze Jr. and Ryan Phillipe. In between swooning over Prinze Jr. and Phillipe you will find yourself fearing the fate of these gorgeous college students.

Blair Witch successfully masters being goose bump level scary without being overly explicit. Presented as discovered video footage found a year later by police, this faux documentary is horrifyingly convincing. Make sure you have a blanket nearby because you will be reaching for the covers.

Another cult classic, this awesome slasher flick is a part of the critically acclaimed Scream series. Though it is a sequel it is equally as good, if not better than the first. In this sequel, director Wes Craven creates a fictional college campus that’s the target of a copycat serial killer. Scream is a mind game that’ll make you jump out of your seat every time you hear the phone ring.

Jason is the ultimate horror movie villain. The sight of his old school goalie mask will instantly put your heart into a panic mode. No matter how many times you’ve seen it, you’ll still find yourself double checking the closet door before leaping into bed.

A serial killer movie that takes place during Christmastime equals genius. If you’re looking for a movie that will make you nauseous with fear, you won’t be disappointed. Though there was a remake in 2006, stick to the 1974 original. It’s nothing short of awesome.

For those of you who have studied abroad, Hostel is terrifyingly familiar. For those of you who are planning on leaving America in the future, proceed with caution. Hostel has all of the elements to make it a great scary movie: hot college students backpacking alone through Europe and crazy torture scenes. What makes this film especially terrifying is the situation is totally imaginable. This one is not for the squeamish.

There’s nothing like a horror film about beautiful sorority sisters dodging the wrath of a graduation gown-wearing killer. How cliché. Though Sorority Row fails to be terrifyingly original, watching The Hills reality star, Audrina Patridge, get stabbed to death on screen is priceless.

When a group of prep school students make up a game about a mythical serial killer, their innocent fun soon becomes a horrific reality. For those who appreciate suspense movies, this movie manages to keep its audience guessing until the very end.

This is the type of jumpy-thriller that makes your heart fall into your stomach even though you know the scare is coming. Though it relies heavily on a single creepy chord that makes your hair stand on end, the something-bad-is-going-to-happen buildup will never cease to surprise you. Even when you think you’ve survived the first dozen scares, something will always pop up and make you scream. It’s an enjoyable ride for those who dare.

A ridiculous college-themed thriller that won't let you look away. Though the plot is far from Oscar-worthy, it is an entertaining, mediocre thriller. 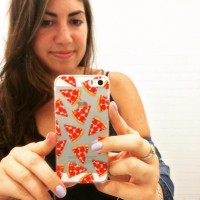 CM’s Top 13 Halloween Costumes for 2013
Next Post: Halloween in College is Seriously Awesome