You spent months applying to college, and finally picked the perfect school. You made best friends in your Quidditch club and found the most lit party spots on campus. But now you want to leave for a semester? Moving to another country definitely sounds crazy, even temporarily, but doing something awesome always feels like that. Studying abroad allows students to travel the world while enriching their education and earning class credit. There are important factors to keep in mind when studying abroad including how schools facilitate the process much better than others.*

New York University offers something different from your basic European study abroad experiences. Shanghai and Abu Dhabi are each home to their own NYU campuses. This means NYU students from any of the three campuses can study at any of the other campuses. And if you fall in love with studying in either foreign campus, you can stay there and still earn your degree. They call this their “Global Network.” Pretty revolutionary, right? Recent NYU grad and Acting major Taylor Miller studied abroad at the Shanghai campus, among an equal mix of Chinese students and other international students. “It was really fun to hang out with the Chinese national students. They would take me to cool places to eat and could suggest dishes to me and translate the menu,” Miller said. “I even went to my friend’s parents’ house [and] his mom cooked us a traditional Chinese meal. It was very cool.” Okay, we’re all definitely jealous.

Yale offers over 100 programs in more than 60 countries, for which students can receive general credits. But if you’d like to avoid the struggle-and-a-half of transferring your abroad credits, which is necessary for most of these programs, you may want to look into the Yale in London program. This program allows Yalies to take actual Yale classes during the spring or summer at the Paul Mellon Centre for Studies in British Art. They’ll only accept up to 15 students per session though, so act quickly if you already see yourself swapping out your coffee for tea and your Target runs for Harrods trips.

Gettysburg College reports that more than half of Gettysburg’s graduating class of 2014 studied abroad, proving its dedication to sending students around the world. All students, no matter their majors, have the opportunity to study topics in over 40 locations worldwide that satisfy their coursework and passions. The only place you won’t find Gettysburg students is Antarctica, but that doesn’t sound like a huge loss (unless you are a penguin enthusiast or a climate change scientist).

Over 50 countries worldwide host abroad programs for Washington University in St. Louis. There are multiple choices for students interested in liberal arts and sciences, engineering, business administration, community service, fine arts and architecture, global health and more, offered during the academic year and the summer. Plus, they’ll even review your financial aid package for you. Really, if you go to Wash U in St. Louis and you don’t study abroad, what’s your excuse?

Clemson Tigers can choose to study in over 60 countries through school-sponsored programs. For those who don’t want to abandon their beloved home college for an entire semester, Clemson offers multiple study abroad timeslots, like Maymester (the two-ish weeks following spring finals), summer sessions and fall and spring breaks. So, while other kids are frying their skin cells in the sun and killing brain cells getting drunk in Cancun, you can spruce up your resume earning nursing credits in the Dominican Republic for your spring break.

Is a Hoosier still a Hoosier after leaving Indiana? IU offers over 300 study abroad programs in over 40 countries, available across its eight campuses in the U.S. Indiana sponsors many of the programs offered—which comes out to more than 100 options that allow students to earn credit from IU and pay directly from their normal bursar accounts. Studying abroad itself is stressful enough, so if you can cut any administrative corners, you should jump at the chance. Senior English Literature, Political Science and Religious Studies triple major Sarah Kissel said she only had to turn in one academic form (one form?!) to gain approval for her semester abroad in Rome. So, while actually in Rome, she had the time to focus on other, better things. “I developed a stronger sense of self, and now know that I can handle many different kinds of problems and less-than-ideal situations. It’s cliché, but I grew so much, and that’s what made it really valuable,” Kissel said. Can I get an amen?

If you want a seamless abroad experience (which likely doesn’t exist), Texas A&M may be the closest you can get. It offers faculty-led abroad programs, plus programs that work with partner institutions (i.e. exchanges and credit transfer situations). By participating in a faculty-led program—Texas A&M offers over 90 options— you can avoid the drudgery and inevitable complications of making sure the credits you earned abroad will transfer back to your home school. Faculty-led programs also especially help students pursuing majors that don’t allow a lot of wiggle room.

Louisiana State provides a shining example of the abroad experience a larger school can provide. LSU gives its 30,000 students almost 400 programs in over 60 countries to choose from—good luck to anyone who has to make that power move. Assistant Director of Academic Programs Abroad at LSU Jill Clemmons said her department makes “hundreds” of presentations to students throughout the school year, so they recognize their many options. LSU even offers programs as short as one to six weeks, which allow students who don’t have the time or resources to study abroad for a whole semester to explore the unknown. History buffs may have guessed this one, already: LSU’s Assistant Director of International Programs Jill Fisse pointed out that, “Louisiana has a special connection with France based on its history.” This means many LSU Tigers can be found in France year-round. If the home of the City of Lights wouldn’t feel right for you, you can also stay in the U.S. LSU Study Abroad Coordinator Marissa Baham said many students study abroad domestically, too.

Bowdoin College has an institution-wide culture of sending students abroad for a semester or more, offering over 100 programs in over 40 countries and providing special services for reverse culture shock in “returners.” Why? Because they know damn well that returning to the U.S. after going abroad can be downright depressing. Imagine losing your ability to take a train to Prague for $50 through GoEuro for the weekend, just to fly to Dublin for the same price a week later. Respect to Bowdoin for recognizing that. Double Spanish and Government & Legal Studies major Reyada Atanasio said, “Every year they host a study abroad fair that is mainly targeted towards sophomore students, but are open to the entire student body…They also host a panel with upperclassmen who had returned from abroad.” Even more helpful than these student-centered services, Atanasio said, was the assistance the Student Aid Office provided in transferring her financial aid. Money matters can be wildly confusing, so Bowdoin makes sure you have help.

What is it with Maine schools and their wicked abroad programs? At Bates College, a hippie school in Lewiston, Maine, studying abroad is so mainstream that over half of its students spend at least part of their junior year engaged in “Off-Campus Study.” The college boasts more than 200 abroad programs in over 60 countries, including Samoa, Mongolia, Germany and Sweden, with almost any program imaginable. Senior History major at Bates Kevin Tejada said the college made organizing his abroad experience easy, but his own follow through still helped. “They were good at guiding me through the process, however, I had to stay focused and make sure that I was getting everything done and submitting all required documents,” Tejada said. You’re basically guaranteed to find something that will fit your academic goals, from language classes to business classes to dance classes. Seriously, Bates has at least 10 programs abroad that focus on dance performance and theory.

*Criteria used for ranking: (1) Your credits will transfer. (2) Your school has a study abroad office. (3) There’s a variety of options for where you can study (more than 20). (4) Programs that satisfy different needs/majors. (5) Programs of different lengths/during different times of the year are offered. (6) Financial aid available while abroad. 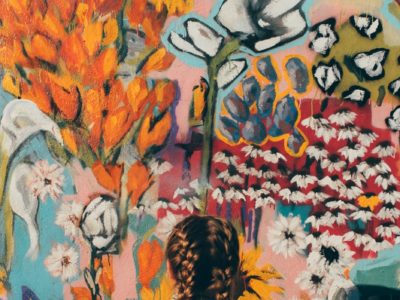 An Open Secret with Women in STEM Fields
Next Post: Living with 49 Women