The Exotic Dancers, Bob Ross and Bill Nye Walk into a Bar: An Intro to the Oxford Comma

This one grammatical mark seems so trivial, yet plays a crucial role in the modern writing world. Popular culture loves to talk about it, grammar snobs love to rant about it: the (in)famous Oxford comma. For some odd reason, the Oxford comma took the world by storm, and now we must all have a position in the debate. Read up to guarantee you’ll be really fun at parties.

What exactly is the Oxford Comma?

The controversial comma appears when listing a series of three or more items. Unlike other grammatical structures, the Oxford comma has no real consensus among professional writers of its value. A lot of the time, it depends on the sentence or what the particular writer prefers.

Here’s an example of the Oxford comma: “My favorite actors are Daniel-Day Lewis, Nicole Kidman, and Lupita Nyong’o.”

The Oxford comma goes after Kidman to provide clarity and indicate each of the three listings as separate from one another.

The sentence makes just as much sense if you say: “My favorite actors are Daniel-Daniel Lewis, Nicole Kidman and Lupita Nyong’o.”

Simple enough to understand, right? In this instance, using the Oxford comma all boils down to preference. If only it were that simple.

The case for the Oxford Comma

Like I mentioned earlier, the Oxford Comma often provides clarity and organization for readers. I’ll cite a commonly used example to illustrate this:

With the comma: “We invited the strippers, JFK, and Stalin.”

With the Oxford comma present, you understand the comma lists the strippers, JFK, and Stalin as separate units being invited.

Without the comma: “We invited the strippers, JFK and Stalin.”

Now we’re confused. Does the person want to say that JFK and Stalin are the strippers invited? The lack of a comma after JFK makes the implications unclear, meaning it needs to be there for the sentence to make complete sense.

“Editors and other professional grammarians prefer the Oxford comma: their job is to make sure that writing is clear. The Oxford comma assures clarity when used properly. Writers who do not use the Oxford comma are usually not concerned with the kind of clarity that this little punctuation mark provides,” says Terri Bourus, Professor at Florida State University.

Another argument that loudly speaks for the pro-Oxford comma movement involves a $10 million class-action lawsuit that, because of the absence of an Oxford comma, allowed drivers to receive overtime pay. Specificity is key, folks.

It’s not as though all the experts advocate for the Oxford comma, though. AP Style tells you not to use it, so, a lot of print media doesn’t use it such as The New York Times, The Wall Street Journal and The Economist. Even some grammar books go against its use.

Some argue the absence of the comma in question will add better flow to the sentence. If you truly need the Oxford comma for clarity, then maybe the sentence needs rewording. Using the example earlier— couldn’t you just write, “We invited JFK, Stalin and the strippers?” Those against the Oxford comma would say yes.

The Oxford comma could also cause confusion, despite popular belief that it always gives clarity. If there were a single stripper invited, the sentence could read: “I invited the stripper, JFK, and Stalin.” Now it just looks like you invited a stripper named JFK.

But despite the nitty-gritty technical points, the anti-Oxford-comma-supporters mostly don’t like it because their sentences feel clunkier. Plus, the sentence should always be clear without it. Or maybe use context clues. JFK clearly was not a stripper.

The debate lives on

It will always feel bizarre that we discuss this specific grammatical rule so in-depth. But at the same time, maybe caring about the way we write should never feel like a small thing. Perhaps Professor Bourus said it best, “In the end, language is a living, changing thing and nothing is written in stone. If the Oxford comma dies out, then so be it.” Or was it Ezra Koenig from Vampire Weekend, who said: “Who gives a f*** about an Oxford comma?” 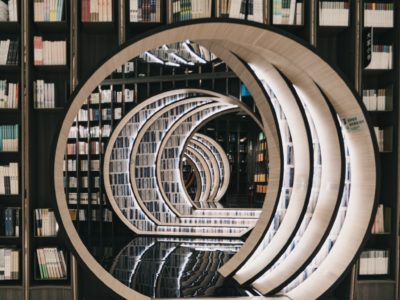 10 Books by Asian Authors to Read Before the New Year