When I first signed up to live in a residence hall at New York University, I thought of the movie, The Roommate. I have a belly piercing, and I am not down to have that torn out. This and many other horror stories made me proceed with extreme caution .

At NYU, housing won’t even pair you with a student from the same home state.

I ran through all the possibilities of who she could be in my head. Would she dress preppy, gothic, trendy, hipster or none of the above? Would she be Latina like me? Or would she care that I’m vegetarian?

We signed up for room assignment in June and received them in July. Assignments came out, and I scrolled through the housing portal to see my match: Alyssa. Okay, that’s a start. Alyssa. I didn’t see a phone number or an email to message her so I assumed I’d need to wait until move-in day to talk to her.

I was wrong. All our other roommates, including Alyssa, already made a group chat. They found each other on Facebook. I barely used Facebook at the time. She introduced herself to me. She enjoyed reading, writing, tea and planned to major in English just like me. Sounded simple and easy enough.

Once we found each other on Facebook, I was unsure. She seemed like the type of girl that would listen to Taylor Swift and go to Starbucks every day. I wasn’t sure I was down for that. Through the group message, things seemed fine, but I still felt skeptical.

I met her in person on move-in day. She seemed cool. I still wasn’t sure if our personalities would click. For the first few weeks, we did the basics. We greeted each other when we saw each other. We asked when it was okay to turn the light off at night and divvied up room chores. One day, she noticed my messenger bag had anime on it, Sword Art Online to be exact.

“Hell yeah! I’ve watched both seasons!” That took us into a whole new conversation. A girl I thought I shared absolutely nothing in common with turned out to have everything in common with me. She still enjoyed emo bands like My Chemical Romance and Fall Out Boy. We both liked tea without sugar. She never made cosplay, but she really wanted to try it. She watched practically the same anime as me.

This turned into us talking for hours at a time.

We binged Netflix shows with homemade cookies on the weekend when we didn’t feel like going out, tried to make Harry Potter butterbeer to impress the rest of our residence hall floor and glued craft foam and styling wigs last minute right before anime conventions.

We became each other’s shoulder to cry on. If she came home and I was crying, her first reaction was to hug me and ask, “Who do I have to f–k up?” She’s had my back then, and she’s had my back since. We became best friends as freshman.

Now as seniors, we’re still connected, laughing at some of the same stupid jokes, still binging anime and there for each other at the drop of a dime.

There isn’t a science to random roommates that can make the selection benefit you from the get go. However, there are plenty of ways to get things to go well.

Step 1: Don’t be a bad roommate or a rude one. Weigh what you both want and find good compromises.

Step 2: Realize you’re both in the same boat. Just like you are testing them out, they’re testing you out. If you were randomized, neither of you knows the other.

Step 3: Just be yourself! No one wants to deal with fakeness, especially when you live in such close proximity. Be real with them. Talk to them. You don’t need to pour your heart and secrets out. Just be yourself.

Look for what you share in common and hold onto that. Pre-judgements will be the end of you and make you miss out on such an awesome relationship that could turn into an eternal one.

Before Alyssa, I don’t think I knew what it was to have a friend that would stick by me through thick and thin. I love NYU for forcing me go through the jitters then surprise. She means so much to me.

Alyssa graduated early and left New York in December. It sucked. But I know the friendship we have isn’t based on a location. It’s like a long-distance relationship, but it does not make a single difference. Even months later, we talk often and count down to graduation ceremonies in May when we get to see each other again. 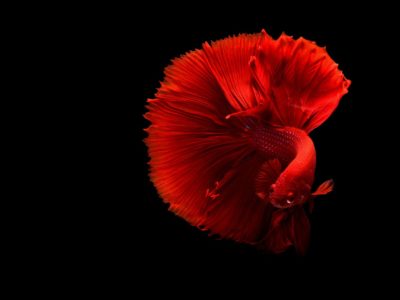 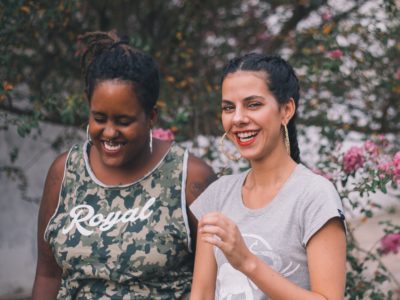 Previous Post:10 Songs to Pregame for The Jonas Brothers’ Comeback Tour
Next Post:I Never Knew How Much I Needed My Family Until I Was Without Them